Fortnite was still the most-watch game on livestreaming platform Twitch in the third quarter, but the hours watched on the platform declined, according to a report by Newzoo and Streamlabs.

During the quarter, the most notable change here is the sharp increase in people watching World of Warcraft. With the release of World of Warcraft Classic at the end of August, folks watched 189.9 million hours of WoW content in Q3, nearly 100 million more hours than last quarter.

Last quarter, Epic games lost its top spot as the most-watched publisher on Twitch for the first time since the 2018. This quarter, it continues to fall behind as Blizzard Entertainment, Riot Games, and Valve overtake the publisher of Fortnite.

New entries among the top games include Super Mario Maker 2, Remnant: From the Ashes, Slots, and Monster Hunter World. Games that have left the list include Magic: The Gathering Arena, Path of Exile, Auto Chess, and FIFA 19. 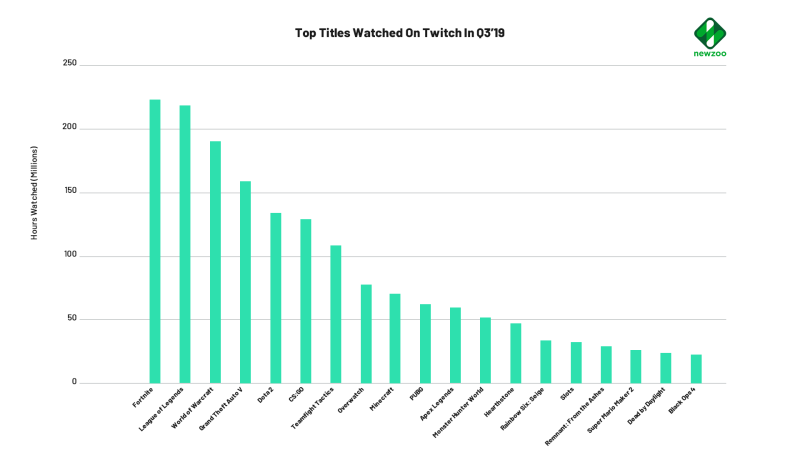 Above: The top games on Twitch in Q3.

Fortnite isn’t the only game experiencing a slowdown. Since its peak in Q1 2019 at 298.2 million hours, League of Legends finished Q3 in second place with 218.4 million hours. 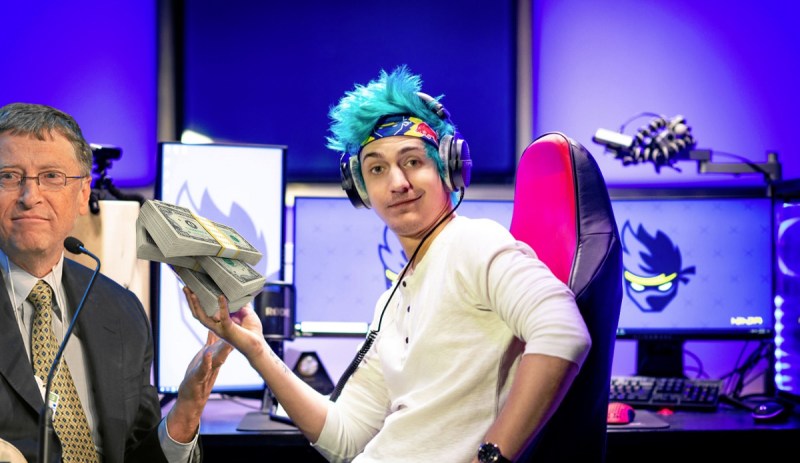 Above: Ninja remains a top streamer.

In other news, Steamlabs and Newzoo provided more data on one of the big events in game livestreaming. On August 1, Tyler “Ninja” Blevins signed an exclusive deal to defect from Twitch to Mixer, where he has been exclusively streaming on the Microsoft-owned livestreaming platform. Ninja’s move hasn’t hurt Twitch or helped Mixer as much as you might have thought, based on a different survey released on Friday by StreamElements and data-tracking firm Arsenal.gg.

“Now that Ninja is officially a part of the Mixer family, we are seeing a notable influx of users streaming to the platform. However, it seems Ninja’s move alone isn’t enough to keep people watching as Average CCV and Total Hours Watched is down from last quarter,” Streamlabs said in a blog post.

While Ninja’s move hasn’t affected the amount of time people spend watching content on the platform, the number of unique channels and total hours being streamed on Twitch is declining. Twitch is experiencing a slight uptick in gaming hours watched after a brief decline last quarter.

After experiencing the highest amount of watch time the platform has ever seen in Q2, Mixer has since undergone a 10.6% decrease in the total gaming hours watched on the platform. However, it’s important to note that yearly growth has more than doubled. Total gaming hours streamed on the platform increased by 188% in Q3, nearly tripling the number from 11.3 million in Q2 to 32.6 million in Q3. This large increase in hours streamed can likely be attributed to Ninja’s move to Mixer, perhaps giving others the courage to stream to other platforms as well. The number of unique channels streaming on Mixer has doubled quarter over quarter from 1.95 million in Q2 to 3.9 million channels in Q3

Mixer experienced a 40.8K average CCV this quarter, a decrease of 11.7% since Q2. The average viewer per channel has decreased from 8.9 in Q2 to 2.7 in Q3. Both of these points can likely be attributed to the significant increase in unique channels on the platform. 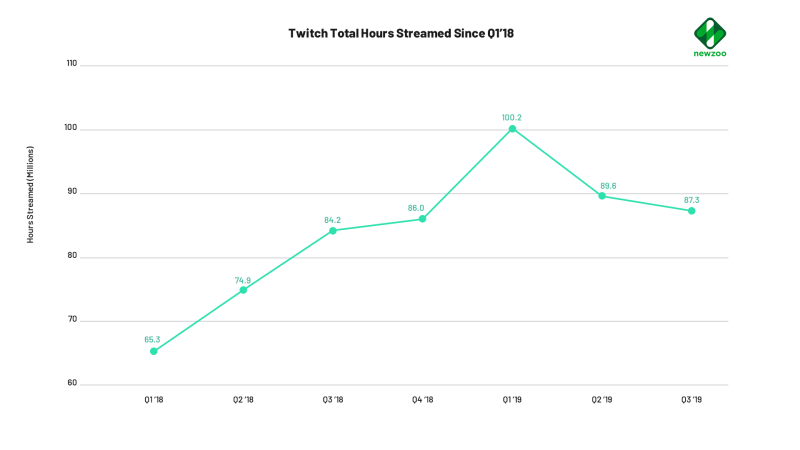 Above: Twitch is seeing declines in total hours streamed.

Currently, Twitch had 87.3 million hours streamed in Q3 compared to 89.6 million hours in Q2. And the unique number of channels streaming on Twitch is trending downwards. This number has declined by 32% since its peak in Q1 2019, and it is down 19% since Q2, finishing Q3 at 3.77 million channels. 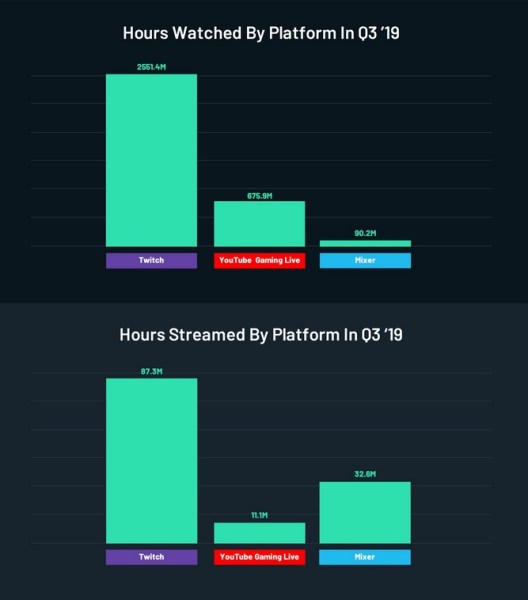 Above: Total hours viewed on the game livestreaming platforms.

In the wake of Ninja’s decision to switch streaming platforms, many people are asking themselves if they should stream to other platforms. Streamlabs/Newzoo data from  seems to indicate that many streamers are beginning to recognize the value in streaming to less saturated platforms.

In addition, Facebook Gaming has been busy attracting new streamers to the platform in Q3 across global regions. Just last week, NexxuzHD, one of YouTube’s most popular Spanish-speaking gaming creators announced that he’s now streaming on Facebook Gaming.