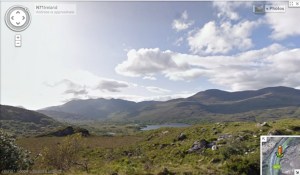 Google Maps got a leaf-filled refresh on Tuesday with the addition detailed images of a couple hundred of the world’s most famous parks.

Zooming out a bit, Google’s broader ambition appears to be reinforcing the notion that web users can explore the world — street or no street — via Google Maps, without ever having to leave their desk.