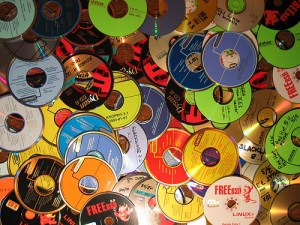 A new report from BI Norwegian School of Management shows illegal file-sharers are more likely to purchase music from legitimate sources than other web users.

I know, I know. The whole thing sounds questionable, but here’s how it comes together: Ars Technica reports that researchers monitored the music download habits of 1,900 web users age 15 and above. Over time, the study found that users who downloaded music illegally from P2P file-sharing sites like BitTorrent ultimately made ten times as many legit music purchases than the law abiding users. The study also found that online music stores like iTunes and Amazon MP3 were preferred for the pirates’ paid music purchases over traditional brick-and-mortar record stores.

What’s interesting is that this news comes hardly a week after Swedish courts convicted the founders of The Pirate Bay, a file-sharer search engine. With the surprise conviction came a massive exodus from the site, and now many are questioning the future of similar file-sharing hubs. Ultimately, BI’s pro-P2P study could prove a boon to the file-sharing community at a time when its litigious mettle is being tested.

Of course, the music industry isn’t buying this. But it’s worth noting that the results resemble the outcome of a similar study done by the Canadian Record Industry Association in 2006. However, in its study the CRIA found that a surprising three out of four P2P users circled back to purchase tracks they’d previously downloaded illegally. Combined with the findings of the Norwegian study, these results could give P2P users ammo against heavy handed anti-piracy groups like the Recording Industry Association of America (RIAA). With a large enough data set file-sharers could hypothetically argue that “free” access to music ultimately serves as a discovery tool for bolstering sales.

Still, until more compelling info like this comes to the light, the record industry will continue to use file-sharers as its whipping horse while revenues continue to decline.