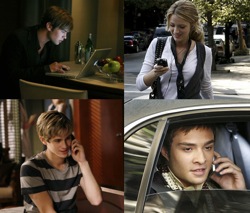 Owners of Apple’s iPhone are younger, richer, more educated and more likely to access the web from their phones compared to other smartphone owners, according to a new study released today by Forrester.

You can find the study on the Forrester website, but it costs $749 to download. Luckily, AppleInsider and Apple 2.0 both highlight the major findings. The most dramatic difference between your average smartphone owner and your average iPhone owner seems to be mobile web usage. Survey respondents with iPhones were more than twice as likely to access the internet at least once a week on their phones compared to the general smartphone population (78 percent to 38 percent). That, combined with the higher numbers on any measurement related to smartphone usage — the higher income, and the higher education level, especially — should make iPhone owners a particularly desirable audience for app developers and advertisers.

There’s a big caveat to these numbers, though: They’re more than a year old, coming from a survey conducted in early 2008. Maybe for a more mature product the data might still be relevant, but at that point the iPhone had been available for less than a year. Since then, Apple released the iPhone 3G, boasting a much faster internet connection, and cut prices for the cheapest iPhone from $499 to $199. Data from comScore after the price change indicated strong growth among “lower” income consumers. And the price is about to drop again, to $99. Forrester says it’s going to do a new study later this year. 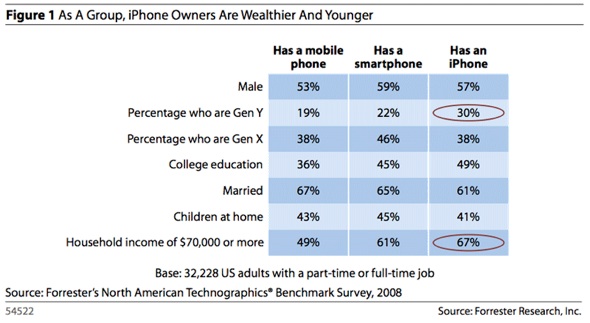