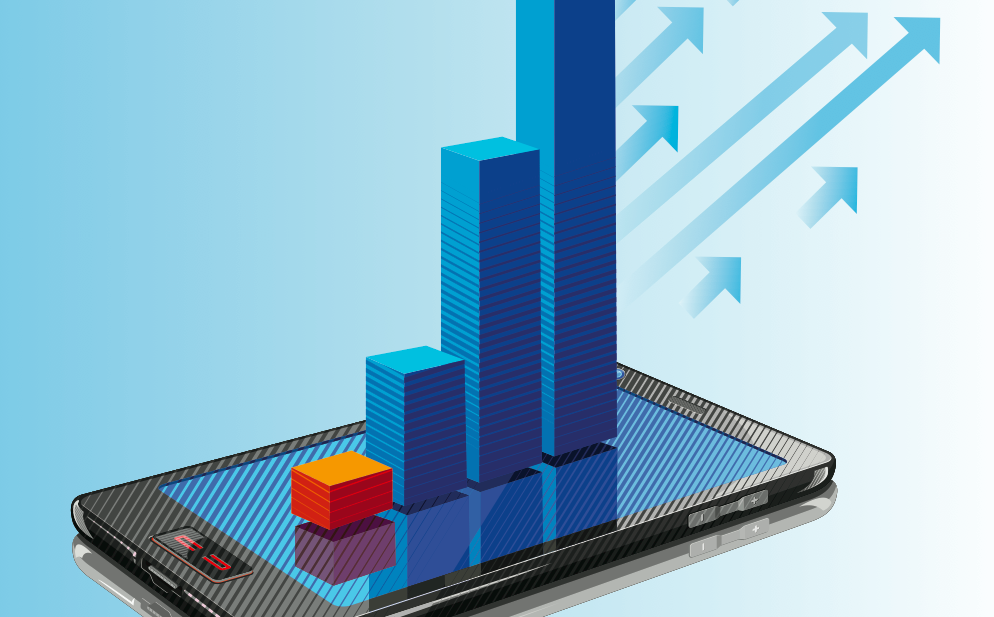 More than 110 high-speed LTE networks have now been deployed around the world with the potential to connect almost 500 million people in 50 different countries. But how is the new cellular technology affecting what mobile phone users do?

Mobidia, the carrier software company, just released a study of LTE early adopters, particularly in market-leading countries such as Japan, South Korea, and the U.S.

As of late last year, Verizon had the highest number of LTE customers on the planet, at 14.9 million, trailed by Japan’s NTT DoCoMo with 6.2 million and Korea’s SK Telecom with 5.7 million. AT&T has only 5.1 million LTE subscribers.

Above: Average data use

That increase in data on cellular networks seems to go hand-in-hand with a proportional decrease in data accessed via Wi-Fi. South Korean LTE subscribers actually used less Wi-Fi than 3G subscribers, while in Japan the share of Wi-Fi to cellular traffic for LTE users fell from 60 percent to 51 percent, and in the U.S., share dropped more gradually from 62 percent to 59 percent.

Interestingly, when Mobidia combined data consumed via both Wi-Fi and LTE, a “saturation point” of total data consumption emerges: 4.5GB per month in Japan and South Korea, and 3.2GB per month in the U.S. Apparently, you can use only so much data on a handheld device.

The shift in data transfer technologies is an occasion for mobile carriers to shift from all-you-can-eat plans to volume-limited plans, the study revealed. For instance, at SK Telecom in Korea, unlimited data volume plans drop from 24 percent of 3G users to only 7 percent of LTE users. Verizon has a smaller drop, from 19 percent to 16 percent.

The reason? Carriers are bundling large but not unlimited data volumes in LTE plans, and consumers are choosing those plans over unlimited options. Which might be as beneficial for mobile users’ pocketbooks as it is for carrier’s network availability. 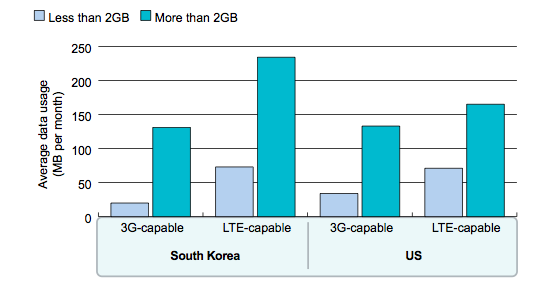 Above: YouTube data used on 3G vs LTE smartphones.