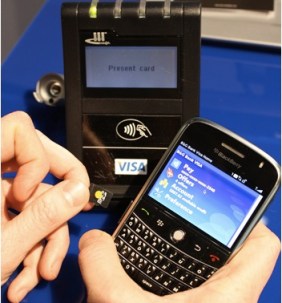 Mobile payments will be mainstream within two years, according to a growing number of executives in financial, tech, telecommunications and retail industries.

A study released today by KPMG, a global network of firms providing financial advisory services, found 46 percent of 1,000 executives surveyed see mainstream mobile payment use possible by 2013. Eighty-three percent of respondents, who run businesses across the finance, tech, retail, and telecomm industries, said mobile payments will be mainstream within four years, compared to only nine percent who see them as mainstream today.

“We believe that exploding smartphone growth and myriad opportunities will grow mobile payments at a much faster rate than our respondents anticipate,” said Gary Matuszak, KPMG Global Chair of the Technology, Communication and Entertainment practice. “A wide variety of payments is ready for adoption, as several key players already provide or are rolling out mobile payments, and interest among consumers in utilizing mobile payments is growing, in line with the industry’s readiness to deploy them.”

That readiness was apparent today when PayPal unveiled its first NFC (near-field communication) solution for Android during the MobileBeat 2011 conference in San Francisco. The widget can transfer money by tapping together two Nexus S phones.

PayPal has been working on this widget for a few months, but the company said it has been testing the technology for years. PayPal expects the widget to be available later this summer. The tap feature saves users lots of hassle, but only if they have NFC-equipped phones.

Increased adoption of NFC-equipped phones is something else the KPMG survey analyzed. It found seventy-two percent of executives believe mobile payments are now or will be reasonably important in the future, with NFC gaining significantly greater traction than today.

Here are other significant findings from the study:

* Fifty-eight percent of executives said they already have a mobile payments strategy in place.

* When it comes to driving customer adoption, 81 percent of executives believe convenience/accessibility is the highest attribute, followed by simplicity/ease of use, at 73 percent, security, at 57 percent, and low cost, at 43 percent.

* Executives view security as the main challenge to developing mobile payments strategies. Technology and adoption of the technology is a distant second, followed by privacy.

“The business leaders understand that when it comes to consumers choosing a provider based on security, reputation can make the difference, and any damage to a business’ brand can prove costly, even to the extent of being a showstopper,” said Sanjaya Krishna, KPMG U.S. Digital Services Leader in the TCE practice. “As a result, leading businesses are adopting multiple approaches to alleviate customers’ privacy and security concerns.”

KPMG found that two groups of financial institutions are going to play a significant roll in the leap to mobile payments: credit card companies and bank, which scored the highest in level of importance in the value chain.

Google recently launched Single Tap with support from Citibank, a tool for making purchases by simply tapping your phone to a reader. Single Tap uses (NFC) to wirelessly authenticate the credit card data stored in your phone. Google says it will eventually work with all the major banks in the credit card market.

Google says it is just getting going with its mobile payment strategy, acknowledging that “80 percent of commerce is offline and local,” said Stephanie Tilenius, Google’s vice president of commerce said during an interview this week at MobileBeat 2011.

Google’s executive chairman Eric Schmidt predicted “Tap and Pay” would be featured at a third of all retail store and restaurant checkout terminals in the United States within the next year.