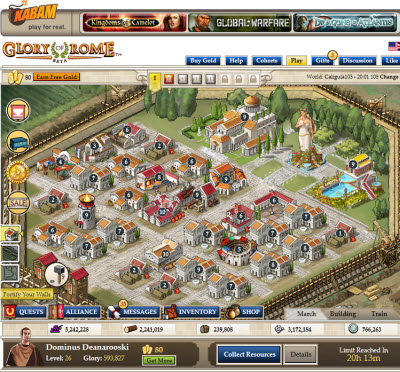 Social game players are spending less time and money on traditional console games, according to a survey sponsored by social game firm Kabam and conducted by Information Solutions Group.

The online survey of 1,412 gamers defy the conventional stereotype of social network gamers being middle-aged women. The survey showed that one of the rapidly growing segments on social platforms is the hardcore social gamer, who plays titles such as strategy, role-playing, or other hardcore games. The survey is very self-serving, but it points to little-known facts that show why Kabam, which focuses on hardcore gamers, has a real business on Facebook.

The nationally representative research survey found that these hardcore social gamers are younger and mostly male, very much in line with traditional gamer demographics. By contrast, many of Zynga’s players on Facebook are casual female players with little playing experience.

One figure shows how social gaming growth is resulting in less time and money spent on other game platforms. About 27 percent of social game players who played games on other platforms say that they are spending less time on those platforms. They are also spending about 50 percent less money on console gamers. Kabam’s own customers report a 55 percent decline in their game play on other platforms. Those Kabam players spend 65 percent less on console games. 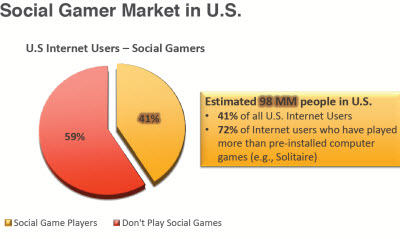 “Gamers are migrating their playing time and the dollars they spend to social games at the expense of console and other traditional gaming platforms,” said Chris Carvalho, chief operating officer of Kabam.

Information Solutions Group ran the survey from April 13 to May 2. It canvassed a group of people who play games and were 18 years old or over. 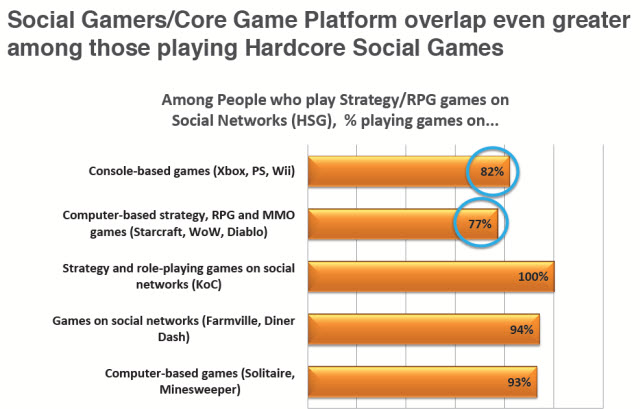