John Underkoffler, CEO of Oblong Industries, has been selling his company’s room collaboration and communications system, Mezzanine, for a few years. But now he finally has some hard data on how much of a return on investment the visualization platform can generate for just about any business.

Forrester Consulting said in a report that Mezzanine can pay for itself in 7.6 months and generate a 226 percent return on investment. Oblong paid for the report, but Forrest conducted its research independently.

In 2002, Underkoffler was the science advisor for the landmark sci-fi film Minority Report. In 2006, he founded Oblong in Los Angeles to take the cool gesture-controlled user interface that actor Tom Cruise used in the film into the real world. His team created Mezzanine, which is a conference room collaboration tool which allows you to use gesture controls to move visuals from one screen to another in the room.

Intuitively, such systems are cool user interfaces, but Underkoffler has been saying that they improve your work results as well, particularly because just about everybody can benefit from laying their work out in front of them so they can look at it all at once.

The Forrester Total Economic Impact Study projects Mezzanine customer payback will happen quickly because it transforms routine meetings and workflows into agile, immersive experiences by making content more visible and accessible in a collaborative setting. Oblong calls this “Infopresence,” and Underkoffler will speak about this topic at our GamesBeat Summit 2017 event on May 1-2.

“We wanted to wrap as much hard data as one possibly could around the things we know intuitively,” Underkoffler said in an interview with VentureBeat.

To quantify the complete value, Forrester’s primary research with Oblong customers was distilled into a composite organization — let’s call it CO — which is a global company with $2.5 billion in annual revenue and 1,000 employees. CO implemented Mezzanine for both external sales and internal collaboration workflows. Prior to Mezzanine, CO relied on face-to-face meetings and traditional collaboration tools (such as presentations, phone, and web/videoconferencing). 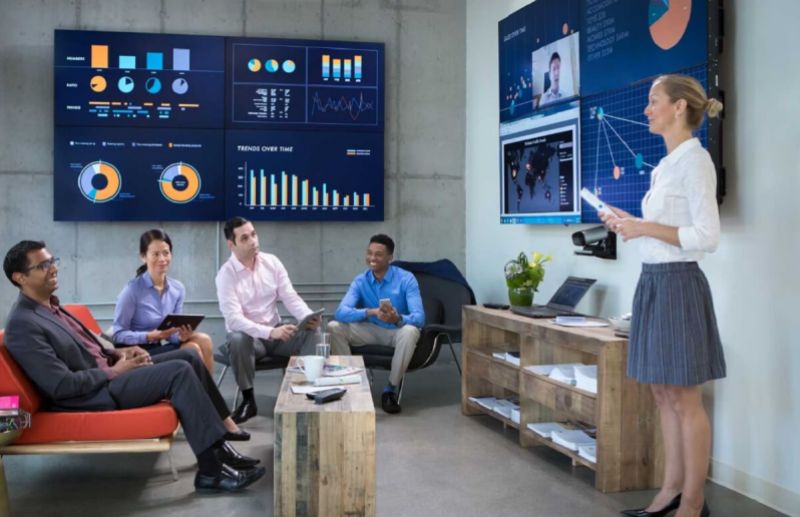 The top efficiencies contributing to the rapid payback and ROI included $1.6 million saved from improved business processes and a 15 percent improvement in rate of closed and won opportunities.

Oblong’s customers include NASA, PwC, IBM, Fujitsu, and Accenture. Oblong wants to use technology to change the way people work, create, and communicate. With roots in more than two decades of research at the MIT Media Lab, Oblong’s flagship product Mezzanine is an immersive visual collaboration solution that defines the next era of computing: simultaneous multi-user, multi-screen, multi-device, multi-location immersive visual collaboration.

“The report is full of details about their methodology,” Underkoffler said. “It’s about basic science, and, ideally, it is reproducible.”

Underkoffler said he thinks the report’s findings can be generally applied to all companies, not just collaborative visual firms like architecture firms. He said that Oblong has been selling Mezzanine for years without the study, but it should help.

“When people buy something that is cantilevered into the future the way Mezzanine is, they know at an instinctual level that they need it,” he said. “But in the buying process, there also come moments of great scrutiny where we are asked for this kind of supplemental data.”

Saving on travel costs is usually cited as one of the hard data points, but Forrester said the savings from travel were a relatively small part of the ROI.

“For the last few decades, the travel avoidance argument has been a go-to thing for collaboration software,” said Underkoffler. “But we can also say sales are happening faster.” 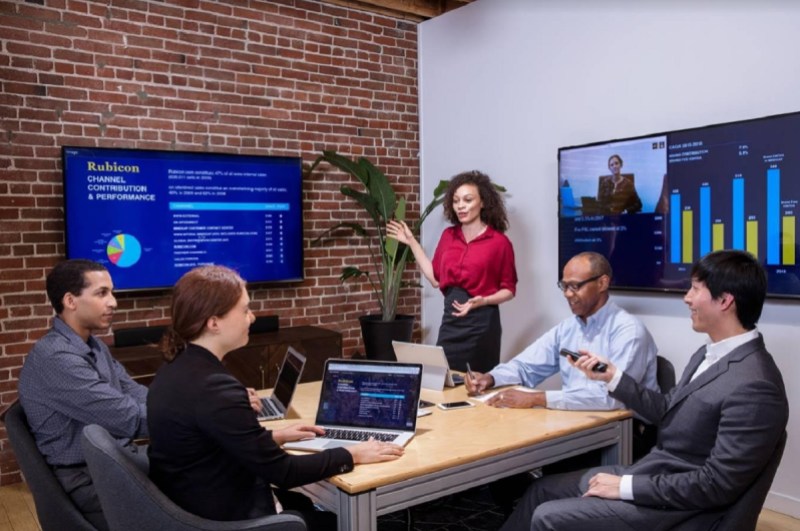