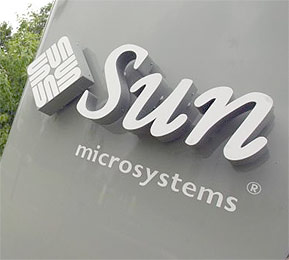 Sun Microsystems‘ fourth fiscal quarter (ended June 30) are so poor that Sun has issued an early warning. That’s likely to lead to more worries among Sun employees who may lose their jobs after Oracle closes its acquisition of the computer server maker. Actual earnings for the quarter are expected to be reported no later than Aug. 31.

I’ve heard from Sun employees that they expect to hear about their fates in the next two weeks to a month. The timing is tied to the closing of the deal.

Sun’s GAAP-based loss is expected to be 24 cents to 34 cents a share. On a non-GAAP basis, Sun expects a loss of 6 cents to 16 cents a share. Analysts expected a non-GAAP loss of 1 cent a share. Shareholders are voting on the Sun-Oracle combination on July 16. Sun’s shares are down, as are Oracle’s, this morning.

In a statement, Oracle said it expects the $7.4 billion Sun acquisition to be accretive by at least 15 cents a share on a non-GAAP basis in the first full year after closing. It said the acquired business will contribute over $1.5 billion to Oracle’s non-GAAP operating profit in that year. That is, Oracle expects Sun will add to its earnings over time.