In one day, Supercell got more than 5 million people to pre-register for its next mobile game, Brawl Stars. That’s a nice accomplishment, but no surprise, as Supercell‘s games have been huge hits.

Back in February, the Helsinki, Finland-based company said it earned a profit of $810 million on revenues of $2.029 billion in 2017. That’s an enviable financial accomplishment for a company that didn’t release a game globally in 2017 — and has only released four games in its seven-year life.

Mobile measurement firm Sensor Tower said that during the soft launch, Brawl Stars grossed approximately $6.5 million on about three million installs. Supercell is always pretty tough on its new games in deciding whether to launch them or not. The company has said before it has killed a lot of games in the past.

Brawl Stars will be released next month on iOS and Android. The game is the fifth mobile title from Supercell, which also made the big hits Clash of Clans, Clash Royale, Hay Day and Boom Beach. 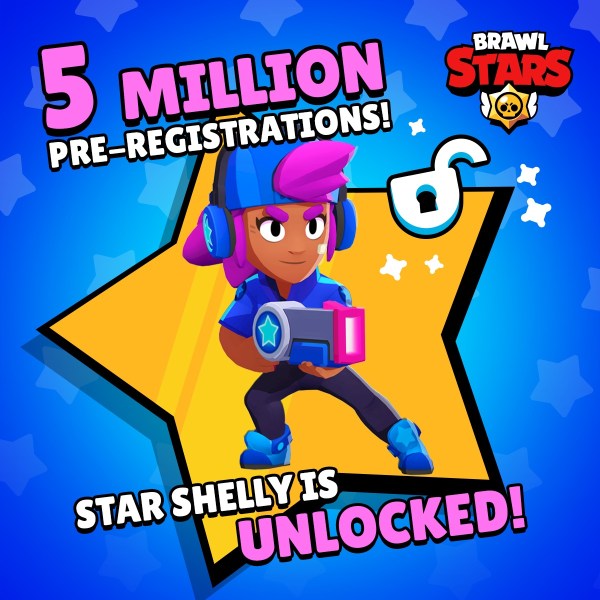 Above: The Star Shelly skin has been unlocked in Brawl Stars.

Brawl Stars is a fast-paced multiplayer team shooter where players round up their friends for real-time three-versus-three battles and winner-take-all solo or duo showdowns.

Supercell had promised the unlock of the unique Star Shelly character skin upon reaching 2 million pre-registrations, a milestone that was reached and passed in only hours. The Star Shelly skin will now be available to all players who install and launch the game before the end of 2018.