IronSource‘s Supersonic Studios has scored three games in the top 10 mobile charts, and that’s pretty darn good for a studio that’s the spawn of a mobile monetization company.

The top games include hypercasual titles (those you can play in a very short time like a minute) Sort It 3D with 5.8 million downloads, Ultimate Disc with 3.2 million downloads, and Join Clash, with 1 million downloads. By comparison, rivals like Lion, Voodoo, SayGames, Playgendary, and Rollic each have one game in the top 10.

But it recently decided to create a mobile studio that will focus on publishing and developing ad-based games. By extending the services it offers developers, and becoming more deeply involved in creating and launching games, IronSource believed it would also be able to add more value to all game developers already utilizing its platform.

The move was a kind of a reaction, and it triggered some concern the company would compete with its customers, as IronSource’s rival AppLovin did when it announced its move into games with the opening of Lion Studios.

Within 10 days of its founding, Supersonic Studios published a chart-topping game: Sort It 3D. It reached the top of the major European, U.S., South Korean, and Japanese charts within a day of launch.

Each of the top games has been different. The first game is more those who like puzzles. The second one is a sports title with flying discs. The third one was a mix of running and fighting. So they were all different genres.

“Our original plan was to do five games for all of 2020,” said Supersonic Studios general manager Nadav Ashkenazy in an interview with GamesBeat. “But we managed to do three games in six weeks. Now we are doing more.” 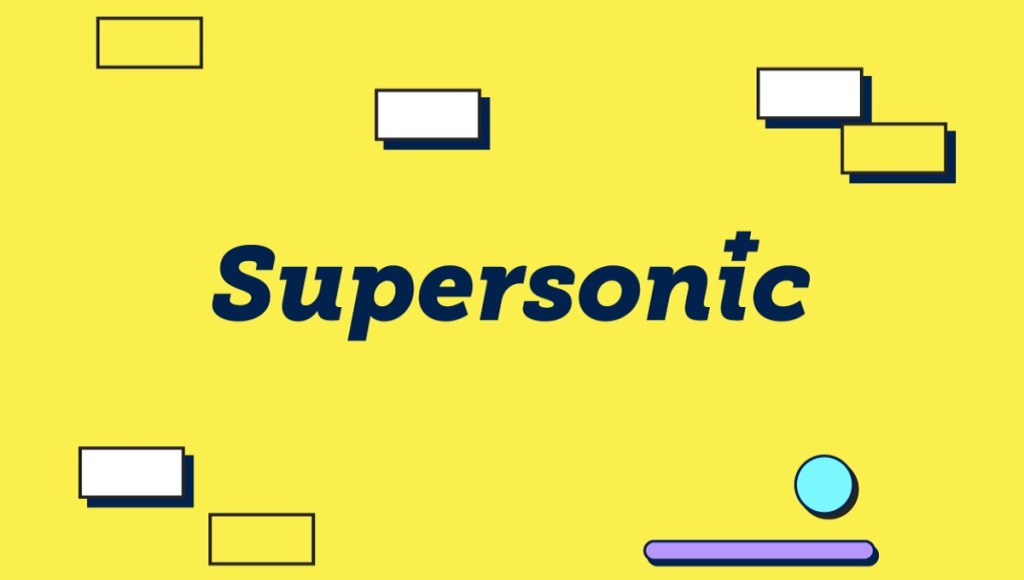 To address concerns that it was competing with customers, Ironsource set up Supersonic as a separate company with a separate profit-and-loss center. It used different staff, and consulted transparently with the customers, Ashkenazy said. Then it started the business by hiring who it needed.

“We wanted to eliminate all concerns. And for everything we needed, like game design, we hired people,” Ashkenazy said. “We were missing these skills. So we hired these people externally. We are fully focused on ad-based games. Hypercasual is very different. You need strong game developers. You need strong game tech. But it is in the middle, between social and gaming with instant experiences like you have with Snapchat or Instagram.”

Companies that combine a strong advertising business with a popular mobile games offering enjoy a significant edge in today’s competitive market, benefiting from a more efficient funnel with fewer margins, ultimately resulting in more revenue for the developer, the company said. The key to getting the top games was to be data driven, Ashkenazy said. 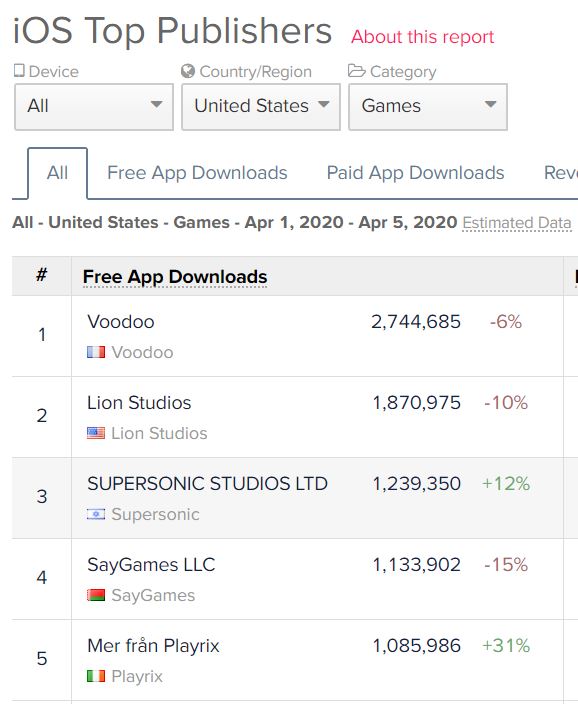 Above: Supersonic has made its way into the top free downloads for ad-based games.

“This is something we know better than others in the industry because everything around user acquisition and ad monetization is that what we focus on and this is very important with hypercasual games,” he said.

The 10-year-old Ironsource has nearly 800 people with offices around the world. Supersonic Studios has 28 people in Tel Aviv, and it is hoping to be more than 100 people by the end of the year. The team is divided into different squads with people doing tasks such as design, publishing, data science, and advertising.

“It depends on how things go from now on,” Ashkenazy said. “We are lucky to be hiring during the coronavirus time. We feel a need to grow headcount quickly. We want to have the right infrastructure to build the biggest hypercasual business.”

It’s not all just a numbers or monetization or advertising game, Askenazy said.

“It’s more about getting to the right metrics when we get into the top 10,” he said. “The challenge is to find the right game in our hands. Then we know how to move the levers and the best techniques to keep it strong.”

Founded in 2010, IronSource bought user acquisition fim Supersonic in 2015. That’s where the name for the studio came from.

Supersonic Studios has one more game in soft launch.

“We are looking forward to seeing the results of the soft launch,” Ashkenazy said.