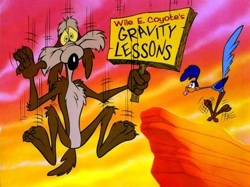 No one should be surprised to hear that venture investment dropped during the last three months, with notable decreases in first-time financings and Internet investment. And the worst is probably still to come, since Q3 numbers don’t reflect the recent meltdown of the finance industry.

Between July and September, venture capitalists invested $7.1 billion in 907 deals, according to the most recent MoneyTree Report from PricewaterhouseCoopers and the National Venture Capital Association. That’s down 7 percent from the $7.7 billion invested 1,033 deals during Q2. It’s also down from the $7.8 billion raised during Q3 2007.

Meanwhile, the amount of first-time venture financings dropped 12 percent from the previous quarter, to $1.5 billion, and the number of deals dropped 20 percent to 259. You can almost expect these numbers to continue falling — as VentureBeat Editor Matt Marshall put it a week ago, “For startups with little or no angel or VC backing, forget about raising money.”

We’ve been writing about the forces at work here for a while. For one thing, a terrible market for IPOs and mergers and acquisitions means that VCs aren’t seeing payoffs in existing investments, and most of their money is going towards the companies already in their portfolios. John Taylor, the NVCA’s vice president of research, compares the situation to “a high school that’s lost its diploma-printing machine” — the seniors aren’t graduating, but there’s a new class of freshman moving up, creating a predictable strain.

NVCA President Mark Heesen also notes that a lot of the financial resources that startup founders normally tap to launch a company — friends and family, credit cards, loans — are drying up. These are the entrepreneurs who VCs “should be grooming” to eventually get venture funding, Heesen says. And in fact, Faysal Sohail, a managing director at CMEA Ventures, says his firm is now willing to look at smaller deals of a few hundred thousand dollars to “help fill that void.”

Sohail also touched on another issue about fundraising in the current market — growing pressure to lower startup valuations. If one of CMEA’s portfolio companies needs more funding, the firm encourages them not to pay attention to valuation, he says, because the point is to stay in the game. (Understandably, entrepreneurs may not be excited or receptive to this idea.)

Slicing things up by industry, cleantech fundraising continues to be quite strong. Cleantech companies raised $1 billion in 73 deals during Q3, up 14 percent from Q2. In contrast, Internet investments dropped 36 percent to $1.1 billion, down from $1.6 billion in Q2 (which was a 7-year high.) The number of deals fell to 194 from 251. 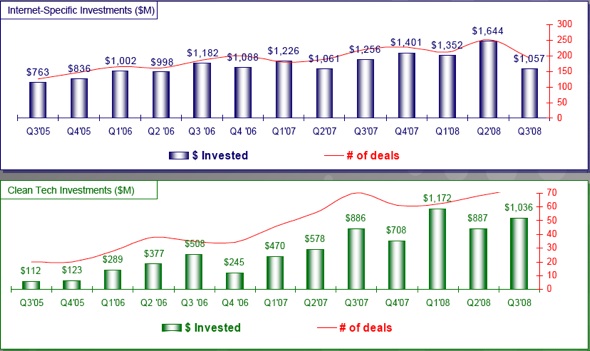 So where do things go from here? Well, they’re probably not getting much better. But Heesen says the venture and startup environment won’t get as bad as it did after the tech bubble burst at the beginning of the decade. There are fewer “me too” investments this time around, and a higher bar for VC investments in general because of due diligence requirements, he says. The economic environment has also changed, with a truly global economy in place.

“We have been through this before and hopefully we have learned some lessons,” Heesen says.