Venture capitalists view the U.S. as the global leader in technology innovation, but they also see other regions developing fast as pockets for industry-specific innovation, according to a survey by Deloitte and the National Venture Capital Association.

“While the U.S. isn’t losing ground, the globalization of innovation is underway,” said Mark Jensen, national managing partner of Deloitte’s Venture Capital Services (pictured below). “The rest of the world is finding out what they’re good at, and venture capitalists recognize where those strengths lie.”

The 2008 Global Venture Capital Survey polled 398 VCs worldwide in March. Their perceptions are important because they determine where money will be invested. The survey found the following results: 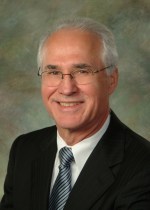 — Germany was recognized by 43 percent of all respondents as having the best expertise in clean tech, just behind the U.S. at 79 percent. Other countries that received attention for clean tech prowess were Japan and Brazil. Germany’s public policy of providing incentives for solar and other technology was credited for the country’s strength in alternative energy innovation. Notably, the non-U.S. respondents were less enthusiastic about the U.S. than U.S. respondents, Jensen said.

— Germany, at 39 percent, was also second to the U.S. (94 percent) in medical devices. The United Kingdom won 20 percent and Israel, 14 percent.

— For biopharmaceuticals, the United Kingdom was second at 31 percent to the U.S.’s 94 percent, followed by Switzerland at 18 percent and Germany at 15 percent. Jean-Francois Formela, a partner at Atlas Venture Life Sciences, said that the Boston and Silicon Valley regions have roughly equal numbers of companies (250 private, about 60 to 70 public) in biopharmaceuticals. But he noted that the United Kingdom has more than its share, with 30 public companies.

— The U.S. is still viewed as the leader in all information technology sectors. But Asian countries are on the rise. (The survey reviewers talked about IT as a whole, but the survey did not specifically measure IT as a category.)  After the U.S. at 71 percent, Japan comes second with 27 percent of VCs saying it is a leader in telecommunications. About 16 percent named Israel as the leader. Dixon Doll, general partner at DCM, said that Japan’s leadership in mobile phones puts it ahead of most other regions today, although developments such as the iPhone show why the U.S. is still viewed as a leader.

— In semiconductors, Taiwan, at 31 percent, captured the No. 2 spot behind the U.S.’s 81 percent. Japan was next with 26 percent, followed by China at 16 percent. Doll said that China’s rapid growth is expected to continue as it will eventually be the biggest market for semiconductors. Overall, he said that venture investment in China (across all industries) was about $3 billion last year, about a tenth of the U.S. total.

— In the software sector, 41 percent viewed India as having top technology, placing it second behind the U.S.’s 91 percent. India was followed by the United Kingdom at 13 percent and Israel at 12 percent. Doll said that Asia as a region has a particularly strong lead in the online gaming sector. He added that for U.S. venture capitalists, the results mean that the “wear and tear on your body from travel is tougher than ever.”