Survios isn’t slowing down because the virtual reality market has been slow to take off. Instead, the company is running full speed ahead with the impending launch of its latest VR game Sprint Vector, a “get off the couch” game where you get exercise by waving your arms as you race against other players.

Sprint Vector comes out on Thursday on the PC and on February 13 on the PlayStation VR. The company is also working on a music VR game called Electronauts, and it is opening a new virtual reality arcade in a mall in Southern California. While other VR companies are starving for cash, Survios had a hit with Raw Data, a sci-fi shooter game, and that enabled it to raise a $50 million funding round from investors including Metro-Goldwyn-Mayer.

I caught up with James Iliff, chief creative officer at Los Angeles-based Survios, in an interview. Iliff and his team came out of the University of Southern California, working on early VR prototypes in 2014 before the launch of the Oculus Rift VR headset. Iliff hopes to be one of the survivors as VR eventually hits its stride. 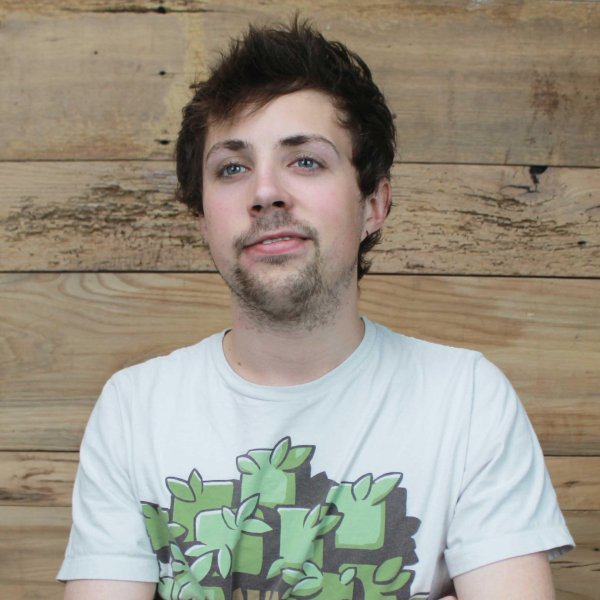 Above: Survios’ CCO James Iliff is one of the early developers in the new wave of VR.

James Iliff: Our next title, Sprint Vector, is coming out February 8 on PC, all platforms there, and then February 13 on PlayStation VR. We have an arcade opening, too, our owned and operated Survios arcade. That’s February 9. There’s a lot going on all at once for us.

GamesBeat: Is Sprint Vector cross-platform, where people can play each other, or is each a kind of silo?

Iliff: It’s cross-platform between Oculus and Vive users. Currently PlayStation VR is its own platform. It’s something we’re looking into. We’ll see where we go. Ideally, cross-platform is a great thing for all players. Judging from the beta weekends we’ve had the past two weeks with all our PC users — we have a lot of concurrent users with our event space strategy. We can have up to eight players all together in VR.

GamesBeat: I think before when I saw it you could only have two people?

Iliff: That’s right, you tried the very early demo. We’re going to be launching 12 full competitive maps, as well as nine challenge courses, and it’s open for up to eight players. Those can be human players or AI. We’ve created a very robust AI, so that all the slots in the race are filled by smart AI racers that you can fight against. And of course there’s a bunch of power-ups and boosts and other types of things to give that rubber-band effect. If you’re in seventh place, you still have a chance to catch up.

Sprint Vector is building on top of our core product pieces that we’ve had since day zero in the industry. We’re building active, premium VR content. With Raw Data, or really with every one of our products, we’re striving to solve the biggest challenges in VR each time. We don’t want to just rinse and repeat the same style of games. We want to always tackle something new and something challenging. In doing that, we forge a whole new genre.

I’m sure you remember, in the early days — you played our Zombies on the Holodeck demo, back when we were pitching for our series A round with Rob Coneybeer of Shasta Ventures. That was essentially an early version of Raw Data. That was the first wave shooter to exist in VR, the first action combat experience. Now, with Sprint Vector, we’re inventing this genre we like to call adrenaline platforming. It’s very much like a parkour racing experience. It’s very active. Same thing with Electronauts as well, with music creation. It’s all very intuitive, very active. It’s always a premium quality experience. 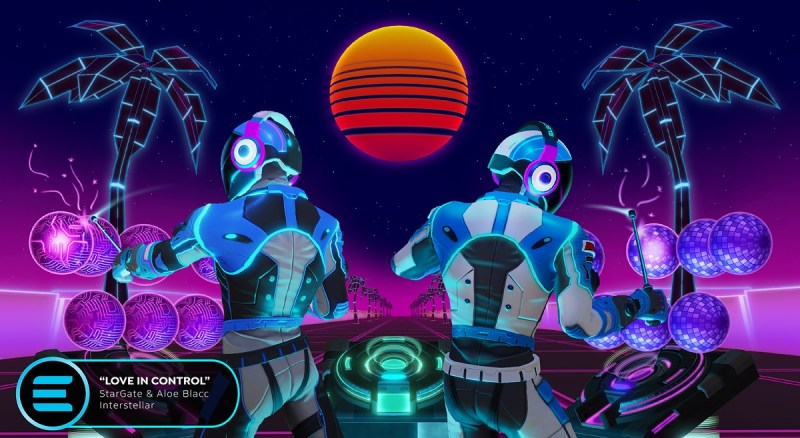 Above: Electronauts is a VR music creation game.

GamesBeat: Can you tell me more about what Electronauts is about?

Iliff: We don’t have a release date yet, but it’s a very intuitive co-op DJ and music creation experience. I can barely scratch the surface here, but there’s a whole bunch of tools. For new players, there are nodes you can play around with, using different sound effects. You can do very deep, layered stem arrangements, or change backing tracks. There are these intuitive hologram tools to change the phase across three different axes of phasing. You can jam out with your friends using all these music tools. It’s a really fun spectacle, too. We have some crazy visualizers.

We have some really exciting music creators teaming up with us to create different rooms. We call them rooms instead of songs, because you’re physically experiencing a three-dimensional space. We did announce Stargate, the Mikkel Eriksen duo. Mikkel Eriksen of course has produced for many top artists. That’s coming up later this year.

We have a lot of exciting titles as yet unannounced that are soon to come. They all build on this core philosophy of not just building very active, premium content, but also making content that’s accessible, that people can pick up and play. This feeds into our arcade strategy. We want to bring VR to the masses, to where people go. There’s a whole market, in our opinion, of users out there that love VR, but they’re not interested in committing to a large purchase, or they’re not interested in the friction associated with installing it in their home. They’re saying to us, “Instead of making me put this in my home, why not put it where I go? If I’m going to the theater, the mall, the bowling alley, why not put VR there?”

From our very early tests, our Del Amo arcade location is just the very beginning of this business we’re building. We’ve been learning a lot about how arcade customers work, what they’re looking for. It’s a huge untapped market, but it’s not just arcades. It’s also just the business of bringing VR to people. “Arcade” might even be too limiting a term. There’s a big market here that we’re getting an early lead on, and it’s extremely compelling. In our opinion, it will pop the cap off the market in tandem with retail, but even beyond what retail is doing.

In all of our games we’re building, we didn’t want to sacrifice quality for accessibility. There’s a lot of interesting hardware products out there, like mobile VR and different hybrids that are interesting. We think there’s cool content there. But it’s kind of sacrificing the full body user experience, the really high quality user experience, to have something that’s more accessible.