The company is best known for other combat games like Raw Data and Creed: Rise to Glory. But this is its first title set on the high seas. In Battlewake, you play a pirate captain with supernatural powers that can help you sink other pirate vessels.

The title will be available for $30 on PlayStation VR, SteamVR, Oculus Home and Viveport. Pricing is $30 with an additional limited-time discount across channels at launch. 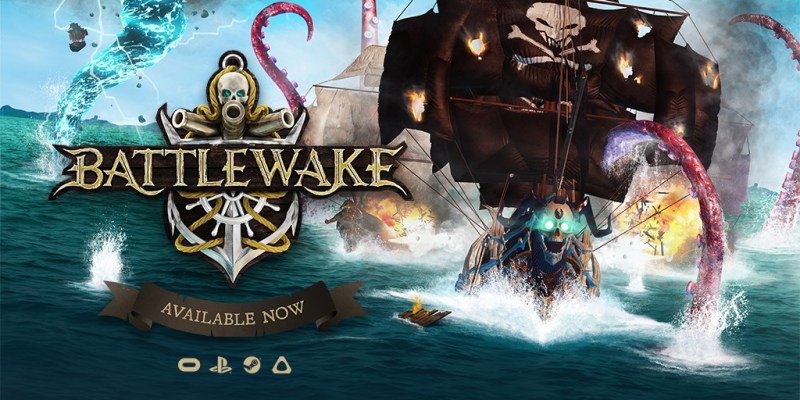 Above: Battlewake will have solo, co-op, and online play.

I played a demo of the game, and it was a lot of fun. You have four Pirate Lords to choose from: Diego, Rev, Calavera, and Zhang. Each can invoke ancient magic to unleash a special attack on multiple enemy ships. Diego, for instance, can unleash a hurricane on his enemies. Zhang can hurl a tsunami wave.  Rev can summon a giant octopus, and Calavera releases spikes under pirate ships.

It’s another example of a popular video game genre migrating to VR. The graphics look good, but they’re not quite as realistic as Ubisoft’s upcoming Skull & Bones title (which is not a VR title). The action is arcade-like and fast. You serve as the captain of a battle-ready ship. You can navigate the waters with VR controls and then aim your cannon at the enemy.

You have to get the trajectory right as your ship is moving and the enemy ship is moving at the same time. As you sink ships, you get money and can upgrade your vessel. Eventually, you can gain special powers such as those mentioned above. 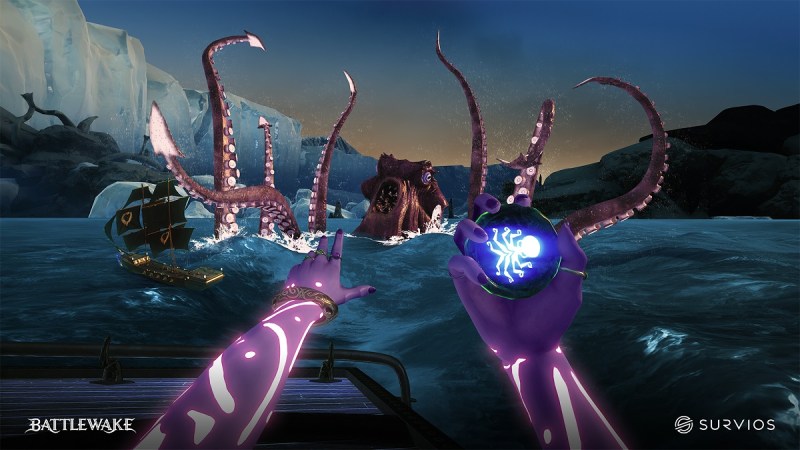 Above: Watch out for the Kraken.

The game has colorful graphics and beautiful backdrops, along with nice-looking water for a VR game.

PSVR & PC players at home will be able to participate in a Community Contest starting September 19. Additionally, The Virtual Athletics League (VAL) will host a Battlewake competition, September 19 to September 22, with cash, physical prizes and potential incentives over $10,000 in value. For more information regarding rules, event and entry details please visit www.valvr.com. 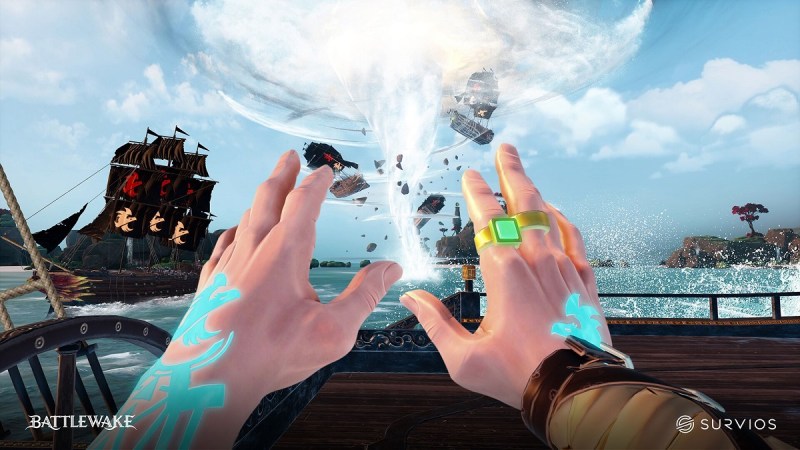 Above: You can summon a hurricane in Battlewake.

The game has a 20-chapter story of the Pirate Lords’ quest to discover an ancient seat of power in solo/co-op campaign mode. In co-op, players work together to complete objectives in dynamic warfare mode (up to 4 players), or embrace the pirate’s life in free-for-all player-versus-player deathmatch (up to 10 players).

You can arm your ship with 13 different ship-based weapons that draw inspiration from naval battles, real and imagined. You can command flak cannons, ballistae, axe-throwers, and more.

With this game, Survios is launching a new technology for vehicular locomotion and combat in VR. Dubbed the Immersive Vehicle System, it uses adaptive physics and peripheral effects subsystems. These let players focus on the battle at hand and take on the wildest waves, while limiting the common triggers of sea-sickness.