SwiftKey is rolling out an update to its iOS app today, one that sees the smart keyboard receive a handful of nifty features that bring it into line with the Android version of the app.

Fans of emoticons will be pleased to know that SwiftKey for iOS now supports more than 800 emojis, with users able to access the little smileys directly from the keyboard. Similar to how SwiftKey learns your style of grammar and turn-of-phrase to improve typing, SwiftKey also learns when you’re most likely to use a specific emoji based on your history and suggests it as you type.

But today’s update is perhaps more notable for iPad users, who can now use the excellent SwiftKey Flow feature, which significantly speeds up typing.

Rather than pressing individual keys to form words, you simply glide your finger across the keyboard from letter to letter, and then release your finger when the word is finished. Flow was already available on the Android and iPhone version of the app. 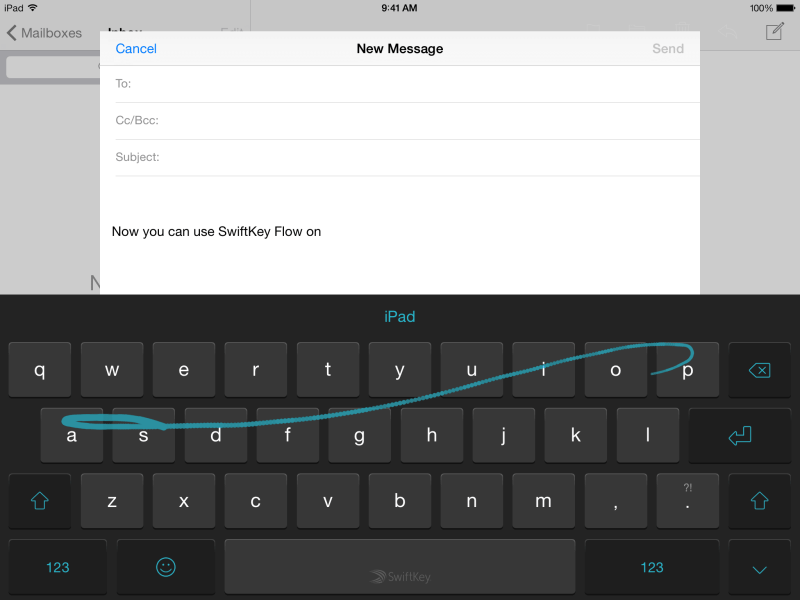 Elsewhere, SwiftKey is also boosting its language support today, with 11 new tongues added to its repertoire, including Greek, Turkish, Russian, and Indonesian. And finally, SwiftKey for iOS also now sports key-click sounds, but you’ll need to switch this on through the keyboard’s Advanced settings.

2014 was a big year for SwiftKey, having raised $17.5 million and finally arrived on iOS thanks to Apple opening up to systemwide third-party keyboards. News also emerged that Stephen Hawking is using SwiftKey to type twice as fast, with the keyboard app tailored and embedded in Hawking’s own proprietary technology.

Perhaps one of the most notable developments from the London-based startup was when it moved from a $4 paid app to a completely free model, charging users through in-app purchases for extra features, such as branded keyboard themes.

But sometimes it’s the little things that really matter. Given the proliferation of emojis across the digital realm, and the success of SwiftKey Flow on other platforms, it’s perhaps safe to say that today’s iOS update will be well received.