Developed by Japan’s Yomuneco and published by Gumi, the game attempts to re-create the feeling of having an actual swordfight with mighty Gargantuas, or big beasts. We’re not just talking about parrying an obvious swing coming at you. This game encourages you to get physical with your mighty swings.

I know because Masaru Ohnogi of Gumi invited me to play it in San Francisco, and he made the video embedded in this post. As you can see, I was swinging away. (Although perhaps not as vigorously as I could have). 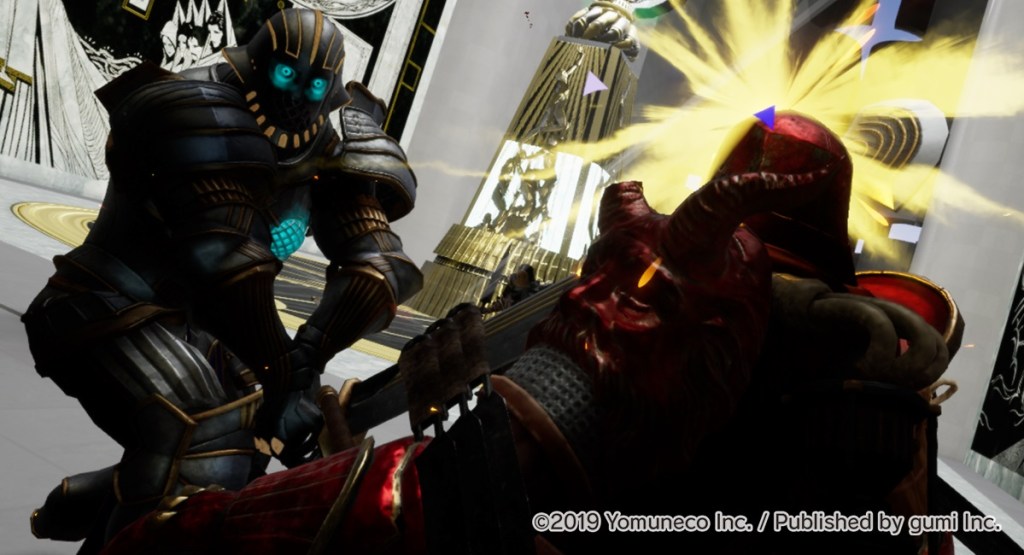 Using the HTC Vive VR headset, I played a single-player level where you have to fight the Gargantua’s minions. The action started right away. I beamed into an arena and chose my sword. Then I moved to pick up a shield, and the action started. My enemy aggressively attacked me once I picked up the shield. I had to parry and counter quickly. And I swung during windows when they were vulnerable.

The smaller ones were easier to take down that way. One good shot would bring them down. But the bigger the enemy, the more strikes it took to bring them low. 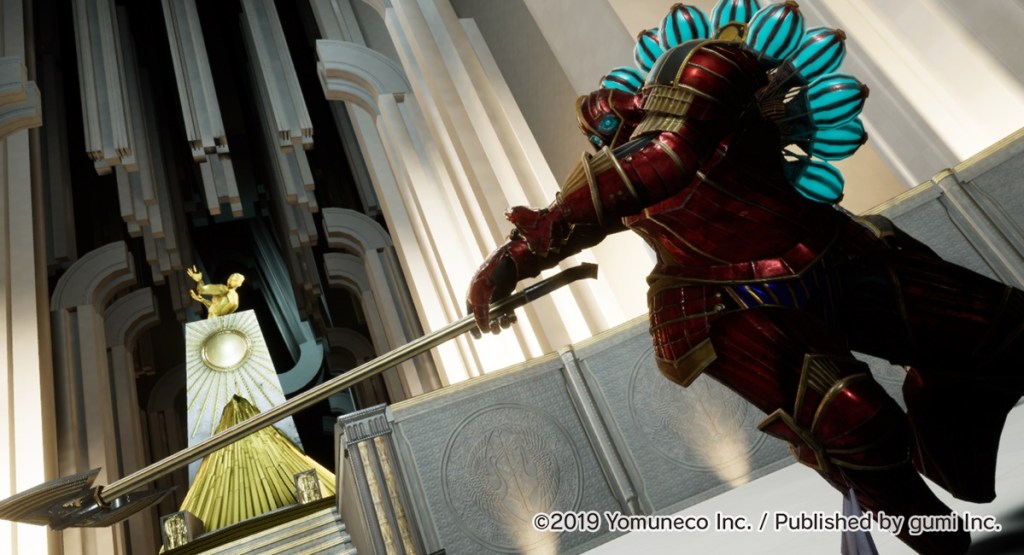 There’s also a multiplayer version of the game where players can participate in a quest. The game is “cross-buy-enabled” in that Oculus players can play with each other, regardless of whether they are on the Oculus Quest or Oculus Rift headsets. On multiplayer, friends can play cross-platform with friends in four-play co-op. It supports native voice chat, and you can revive downed friendlies.

There are over 50 single player missions, 30 weapons to unlock, and a multiplayer mode. Eventually, you have to take on an enormous foe. I tried a few of these weapons out. I was pretty winded when I finished my demo. Looking forward to playing for real.