Touchscreen tech maker Synaptics and automotive supplier Valeo are unveiling a technology aimed at making it easier to control an automotive touchscreen.

Beyond enabling a touchscreen in a car, the Synaptics ClearForce technology combines touch, force sensing, and haptic feedback. This is another way of controlling the electronics in an increasingly modern automobile. The company showed this technology off at the 2016 International CES, where a revolution in car technology promised everything from self-driving cars to vehicles with heads-up displays on the windshield.

When you touch one of these screens, you can make something happen. But you can also feel some haptic, or touch, feedback on your finger. Synaptics said the improvement in the human-machine interface allows drivers and passenger to more safely control car cabin applications by applying variable force on a touchscreen. If you press hard on a button on a touchscreen, you can make something happen that a single tap on the screen wouldn’t do.

“We all know our voice experience isn’t always great in cars,” said Rick Bergman, president and CEO at Synaptics, in an interview with VentureBeat at CES. “You’ll see this technology used side by side with others. You don’t have to interrupt your music to initiate navigation.”

Synaptics is packaging its ClearPad, ClearForce touch, and force-sensing technology into a single chip for automotive uses. Some of Synaptics’ chips are used in cars today, but the company hopes that it will be a bigger market opportunity in the future as car technology moves into the 21st century. 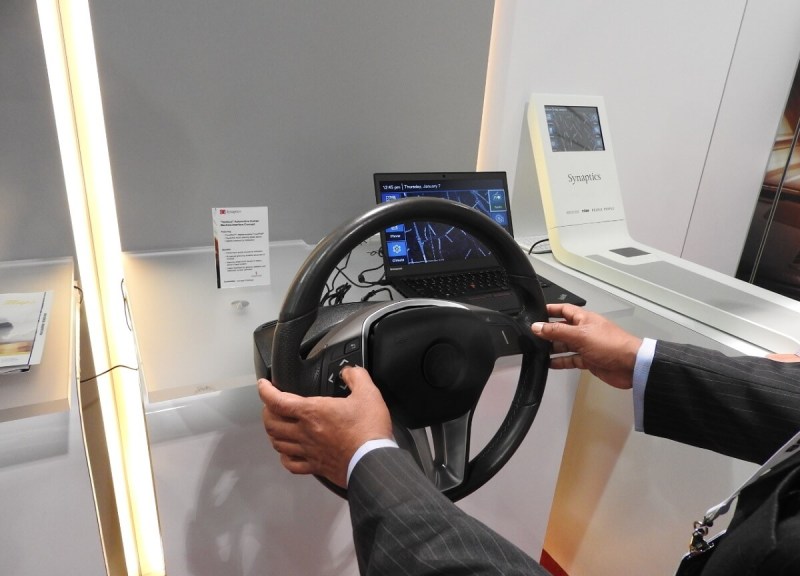 Above: Synaptics can give you haptic feedback on your steering wheel.

You also don’t have to worry about spilling your coffee all over the screen.

“That’s the great thing about capacitive touch,” Bergman said. “We have what we call ‘moisture performance’ for phones and can use that in the automobile environment.”

At CES, Synaptics was also showing technology that adds haptic feedback to the buttons on a steering wheel, which allows you to control things without looking away from the road.

The tech is in the early stages of evaluation from original equipment manufacturers. Valeo is one of the companies that could bring the tech to market.

“We think this is a roughly 2017 technology,” Bergman said. 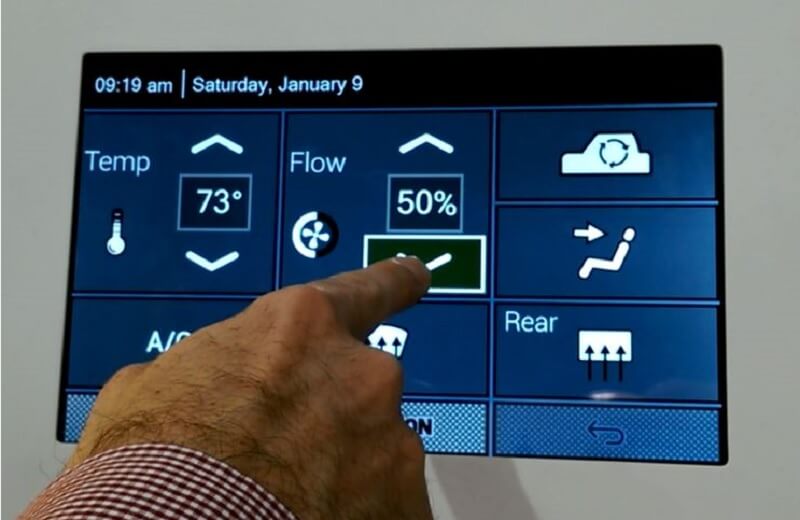