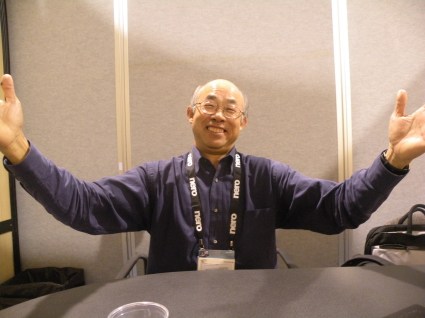 Francis Lee loves to gesture when he talks. That’s fitting, since he’s the chief executive of Synaptics, the company that’s brought gesture-based computing to the mainstream with its abundant touch sensors in everything from laptop touch pads to smart phone touch screens. Santa Clara, Calif.-based Synaptics was founded in 1986 by Federico Faggin, the co-inventor of the microprocessor, and Carver Mead, a pioneering Caltech professor and founder of many chip startups. Lee took over as CEO in 1999. The company has developed pattern recognition and sensor technology that found its home in the touch pads used in laptop computers. It has a commanding market share of the touch pads that are used in notebook computers. It created the touch wheel used in the Apple iPod and has moved on to supply touch technologies for all sorts of gadgets. In the first fiscal quarter ended Sept. 30, the Nasdaq-traded company posted revenues of $115.9 million, up 34 percent from a year ago, and earnings of $14 million, up 23 percent from a year earlier. The company has 450 people now. I caught up with Lee at the International Consumer Electronics Show.

VB: Touch-interfaces are a big deal these days.

FL: Touch has always been a big deal, Dean. You know that.

VB: But it’s been a long time coming, right?

FL: It’s one of the five human senses. It’s always been very intuitive. I’m glad that it is migrating into the mainstream of day-to-day electronics. There are more applications spreading into different form factors of devices. People want to use the most intuitive ways of interacting with their devices. I’m very excited about how this is consistent with the company’s view of the world and what we’re good at. 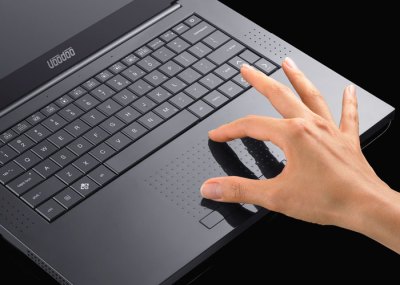 VB: So there are gesture controls in the MacBook Air. Do you think that will make its way into every kind of laptop?

FL: All multi-touch gestures are basically based on pattern recognition. There is an overlay of a certain kind of command on the patterns. Synaptics has been doing this for more than 10 years. We have a lot of gesture patents. Our character recognition technology is based on gestures. What leaders like Apple have done is taken gesture recognition and built it into their user interface. Then they use those gestures to launch and control applications. Users consider these gesture controls to be really cool. More importantly, it makes the devices more usable. You will see more and more of it in a variety of applications. 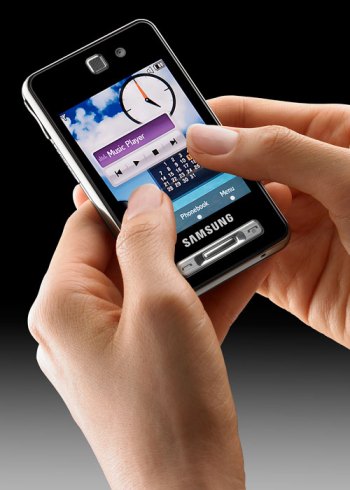 VB: Touch is used in a variety of things now. It’s in the touch screens and it’s in the mouse pads. Is it the same kind of technology?

FL: The fundamental technology is the same. It is called capacitive touch. You have a sensor that detects certain movements. It detects the coupling of your finger to electrodes on the sensor. In the case when it overlays the CD, the sensor happens to be so clear that it is done in a way where you cannot see the patterns. In the case of a laptop computer with an opaque touch pad, there are sensors on a piece of plastic. You have a sensor and the surrounding electronics. In our case, it is a custom chip that extrapolates the changes in the electrical characteristics, based on movements. The fundamental technologies are the same. What sets Synaptics apart from others is we are one of the few pure-play suppliers. Our chip is optimized only to do this. And we can claim that we have shipped over half a billion solutions. I mean electronics, software, sensors, hardware – all integrated together. The touch interfaces will continue to proliferate in the future. The quality of industrial design will continue to be one of the key reasons why people buy some products over others. We believe in our knowledge of bringing a total solution to our customers.

VB: Are there a lot of patents on multi-touch technologies, or are they in the clear for everyone to design? 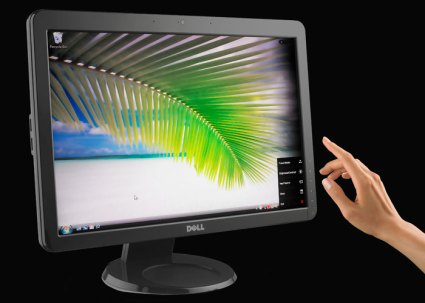 VB: Is there something in common between what you do with touch-screen gestures and the gesture controls where you don’t touch the screen at all? I mean the technologies that are based on 3-D cameras, for instance.

FL: We have been paying attention to those technologies for a long time. It’s very similar to what I just said. A game controller can use a different kind of sensor, like an accelerometer based on MEMS, or micro-electro mechanical semiconductors. It depends on the application you’re trying to do. For mainstream electronics, I believe that capacitive touch will be common. You will touch something with your hands.

VB: The pattern here is some innovator shows people the way, like Apple or Nintendo, and then everyone else follows.

FL: That’s true. About 15 percent to 20 percent of our revenue each quarter comes from new designs. So custom designs are important to us. We work closely with our partners to personalize our technology to what they want. An example is that the core technology is the same, but the implementations are different. Apple has the ability to overly the interface, the hardware, the software -– all together. They personalize it.

VB: What is the frontier of gesture technology?

FL: If you look at the adoption of capacitive touch, it’s just at the beginning. Touch pads for laptops have been around for a while. But if you look at Windows 7, it will have capacitive touch support. That is a very big step compared to the past. When you talk about any handheld, most of them don’t have capacitive touch. The same goes for point-of-sale devices, consumer appliances, mobile Internet devices -– I would predict you will see it proliferate through those devices. As those segments grow, touch will be the way you differentiate those products.

VB: Do you have lots of territory to innovate on?

FL: I joined the company 10 years ago. Our technology keeps evolving. I expect the same will happen in the next five years. We just talked about a new suite of gestures for our customers to use. There are still a lot of innovations to come.

VB: Where is the competition?

FL: It’s in all shapes, forms and sizes. The consumer in the end will benefit. We will continue to do things differently from a lot of our competitors because we are the pure play in touch and gestures. That will set us apart. You will see semiconductor companies, mechanical devices and others try to move into this space.

VB: What about speech recognition. Is that related to this kind of pattern recognition technology?

FL: It is one of the avenues here. It has had a long history of failures. I would never count it out. There are some things that work well with speech commands. But it has to be sensible.

VB: Is it a totally separate technology?

FL: It’s related to human-computer interfaces, but it is not related to the core capacitive touch technology.

VB: How much are you expecting to grow?

FL: This year we are looking at 25 percent growth over our last fiscal year. We are taking advantage of the momentum in notebooks and our expansion into other handheld spaces. We keep investing in areas that make us stronger.