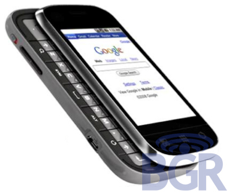 Meanwhile, he’s not so excited about the mobile operating systems that Microsoft and Nokia are working on (although he says T-Mobile is staying focused on Research In Motion’s Blackberry devices). From the interview:

I think the promise of Windows Mobile 7 is still to be seen, but we’re hopeful from what we see from Microsoft and what we hear from partners about WM7. But for us, there was less opportunity to drive with WM7, than there was to see how it develops. [With] Android I think we have a unique opportunity to work with Google and try to drive it. [As for] Symbian, when Freedom was originally announced, we were very encouraged by it, but I’m not seeing a lot of momentum, so the fruits of that alliance commercially has yet to be seen, and I think we’re definitely more cautious on what we see happening there.

T-Mobile is working with three partners to roll out more devices, including netbooks, as Malik previously wrote about the interview on Friday. Motorola will apparently take over production of the G2 from HTC, according to The Boy Genius Report. Other “non-traditional partners,” Brodman said, might include computer makers Dell and Hewlett-Packard. More portable than a laptop, internet-connected netbooks made by these or other companies could create new data service fee revenue for T-Mobile.