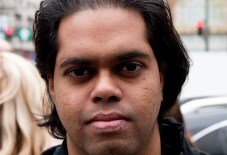 On Thursday, word got out that both Microsoft and HP had canceled their tablet computer projects, probably after realizing they couldn’t compete with Apple’s iPad. But tiny startup Fusion Garage, which builds the JooJoo tablet that began life as a TechCrunch post, is moving forward on plans to sell an updated version of the JooJoo with 3G wireless capability by July.

Most important, the tablet may be sold by wireless carriers rather than directly from JooJoo as is currently the case, the company said. An email sent to customers by the company last week raised speculation that only 64 people had a JooJoo on order, although Fusion Garage has denied that its customer base is that small. A deal with a mobile operator will almost certainly sell lots more JooJoos. 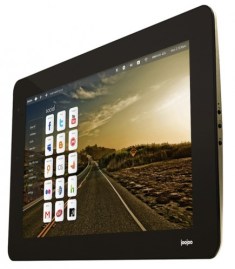 Fusion Garage won’t confirm any specific talks, but it seems most likely that a European operator or two will pick up the tablet. Signing up America’s wireless giants — Verizon, AT&T, Sprint, T-Mobile — will be much harder. Ask Nokia.

Fusion Garage CEO Chandrasekar “Chandra” Rathakrishnan (pictured) is currently in Europe meeting with several companies. It’s unclear if there were any carriers among them, but Rathakrishnan did meet with IT news and commentary site The Inquirer, which broke the news of the JooJoo 3G’s pending availability “in the next three months” earlier today. The new model will also feature an “unlocked” USB jack that will allow intrepid gadget hackers to connect other devices to it.

Update: I got this message from Chandra:

“We’ve just made joojoo available to consumers in the UK and France [ via the company’s website ] and plan to release a 3G version of the device this summer.  We will make carrier announcements at time of release.”

As a tablet, the JooJoo has pluses and minuses compared to Apple’s iPad. It’s software isn’t as slick. It lacks the more complicated gestures that iPad owners can use to control apps. And its touchscreen is notably less responsive than Apple’s. But the JooJoo’s screen is more than two inches longer than the iPad, and it has Flash support for videos, games and Web interfaces that Apple CEO Steve Jobs has refused to allow into the iPad. For self-styled “makers,” the JooJoo has a Linux operating system, a standard USB jack, an API, and a back panel secured by screws rather than glue, which means hackers can take it apart and try to make it do new things.