Virtual reality and augmented reality have delivered realistic visuals and sound to virtual experiences, but they’re completely lacking a sense of touch. Tactai wants to change that with a new kind of multi-modal touch feedback technology.

If it works, it could lead to a new generation of VR and AR headsets that can add a new sense to immersive experiences and games. Tactai’s technology goes further than past touch feedback — or haptic — devices since it gives you a much more fine-grained sense of what you’re touching, based on a demo I saw. Tactai hopes to be part of the standard technologies in the next set of VR devices.

“We want to bring a rich sense of touch into the digital world to empower our interactions in a unique way,” said Steven Domenikos, cofounder and CEO of Tactai, in an interview with GamesBeat. 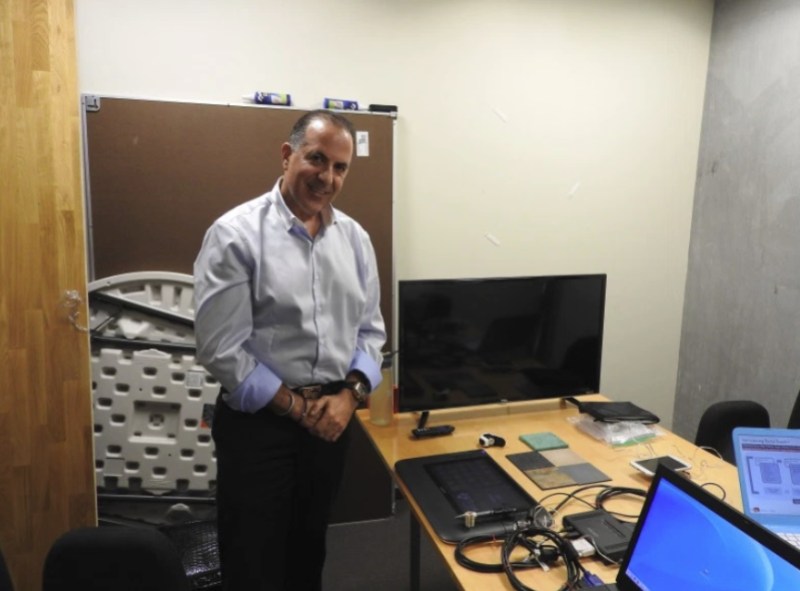 Above: Steven Domenikos is CEO of Tactai.

Waltham, Mass.-based Tactai has created software that shows off its “ultra high-fidelity haptics.” The technology is in its prototype stage, and the company is seeking partners to bring products to the market that can enhance our digital interactions. Domenikos believes the tech can be used in everything from smartphones to pen-based tablets to VR and AR hand controllers.

In the demo, which you can see in the video, Domenikos used a standard pen input device to allow me to feel the texture of objects that I touched. When he activated the software associated with a stone tile, I moved the pen over the screen showing the stone tile. It felt rough and bumpy, just like real stone. The pen vibrated and enabled me to feel the sensations. 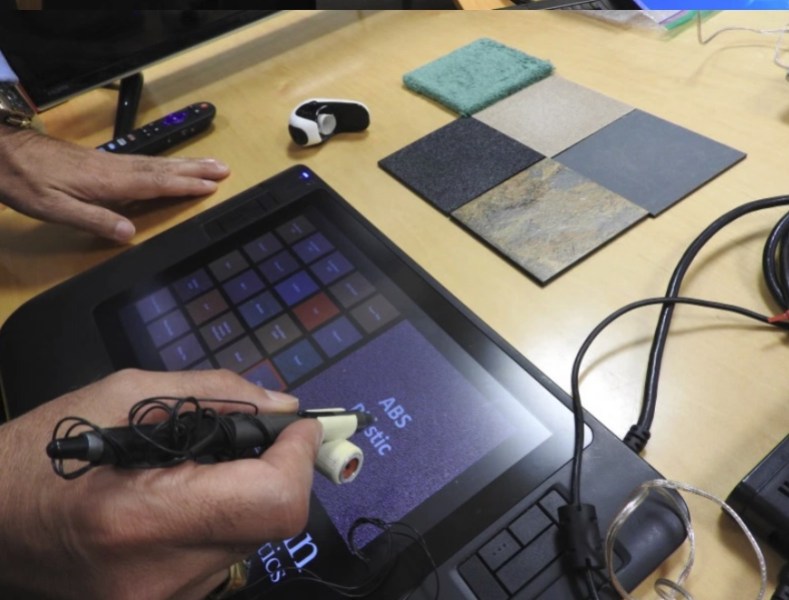 Above: Tactai uses a pen to demo the feeling of a stone tile.

He also showed me the feeling of ABS plastic as well. It can give you the sensation of pressure and counter pressure. You can feel temperature, softness, hardness, smoothness, curvature, and texture as you do in the real world. Tactai has created algorithms to replay fine patterns, softness, textures, pressure, heat, cold, friction, and other sensations in a finger-sized device. When I tried the demo, I could feel how the sandpaper felt different from the glass, and the stone felt different from the plastic.

He also showed me a fingertip wearable device that Tactai built, so you can touch and feel and manipulate an object in VR. When you combine these feelings with visuals and sound (and maybe one day smell and taste), you’ll get a much richer sense of a digital world. Without touch, the VR worlds that you experience can feel hollow, Domenikos said. Touch creates a much better sense of “presence” — or the feeling you have been transported to another reality.

“Without touch, VR is interesting, but touch can make it compelling,” Domenikos said. “What will make the experiences variable is the type of hardware.” 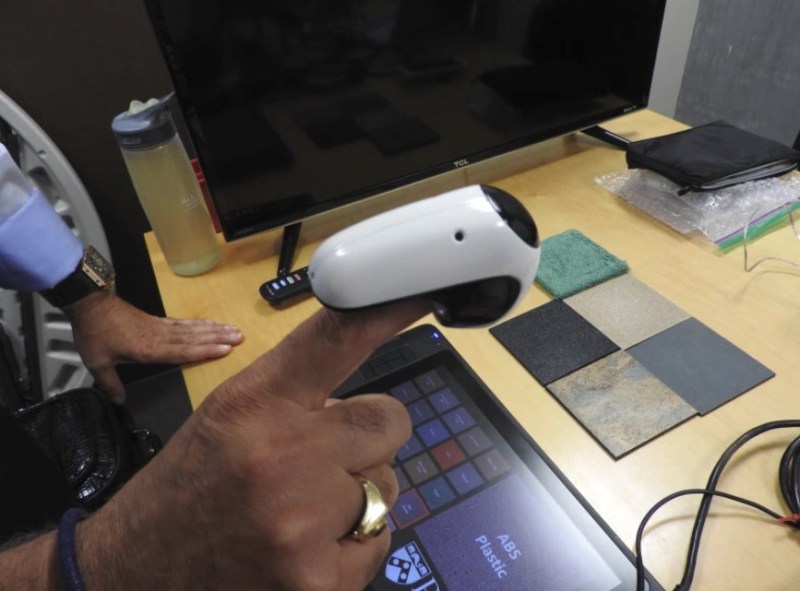 Above: With this device, you can put your finger into VR and feel things.

The company is delivering the software that it will license to partners, and it has built reference hardware that can serve as the foundation for the products that the partners are creating. Tactai creates a new material by scanning it into digital form, and then, it creates a waveform that mimics mother nature.

“That is all done with software,” he said. “We take into consideration the real-time movements of the user. If you press hard, it feels different. If you press soft, it feels another way.”

“When I give a demo, people always talk about that,” Domenikos said. “We’re all imaginative people.”

Domenikos hopes a shared VR experience will be possible — like playing a Jenga tabletop blocks game with a friend.

“What’s going to drive this is the ability to have a more shared, immersive experience,” he said.

Domenikos started the company with his cofounder Katherine Kuchenbecker, a professor at the University of Pennsylvania, in 2014, and they formally incorporated in January 2016. Their work was based on work on haptics technology that went back 15 years.

Rivals include Immersion, Tactical Haptics, and Ultrahaptics. But Tactai wants to create fine-grained sensations, which can be localized to particular areas. It can give you a sense of touching a keyboard when you tap a part of a touchscreen on a smartphone or a tablet. Right now, phones have haptic actuators that are meant only to vibrate a smartphone. That’s very low fidelity and coarse-grained touch feedback, Domenikos said.

“We can now deliver a very rich sensation that can be used in a variety of sensations,” Domenikos said.

The company has about 15 employees and contractors in the Boston area and Montreal. Revenue will start coming this year from licenses.