Tactical Haptics will launch preorders for its Reactive Grip controller development kit on May 29. The controller uses “haptic feedback” to give you a sense of touch in applications such as virtual reality games.

The hope is that the next big frontier for VR technology will be the sense of touch, as the visuals already do a good job of making you feel a sense of presence, or immersion in another place.

William Provancher, CEO of Tactical Haptics, will give demos of the controller dev kit at the Silicon Valley VR Meetup tonight in Mountain View, California. I’ve known about Provancher’s technology for years, and I recently tried it out at the VR Arcade event in San Francisco.

Provancher’s controllers go a step further than today’s VR hand controllers. The Tactical Haptics controllers use tangential shear and friction forces to create compelling physical feedback that you can distinguish. With this motion controller in hand, users get a realistic experience of the stretch of a bow and arrow, the inertia of a ball swinging on a chain, the impact of a ball on their virtual tennis racket, the tug of a fish in a fishing game, or the kick of a gun in shooter game. 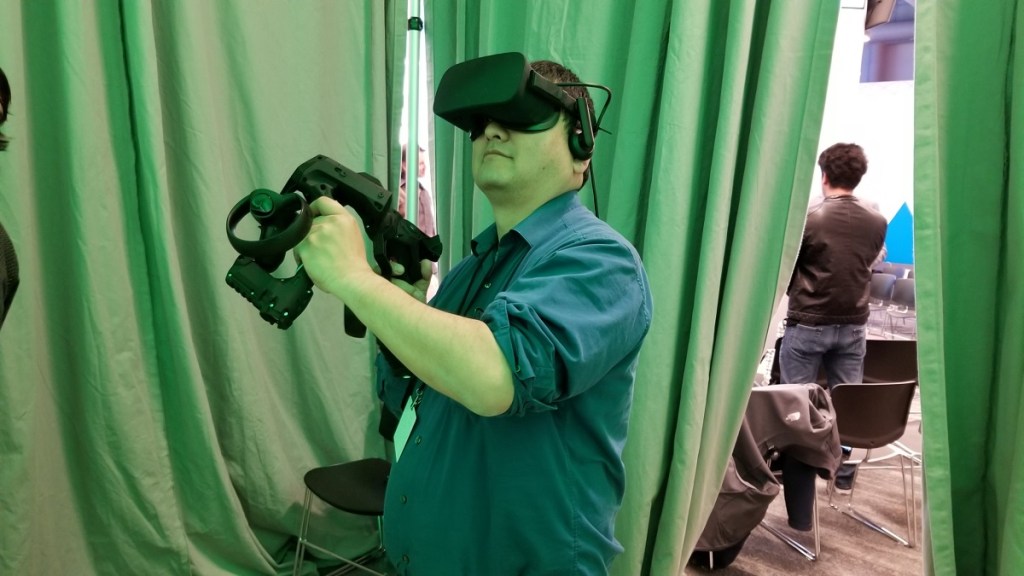 Provancher created attachments so that you can wield things like a two-hand machine gun in VR.

The dev kit preorders are targeted toward enterprise training, location-based entertainment (LBE), and research and development customers. Pricing is expected to range from $650 for a single dev kit controller to $1,500 for a pair of fully loaded dev kit controllers. The company anticipates an initial ship date in the fourth quarter 2019 for the first batch of dev kit pre-orders.

The opening of dev kit pre-orders will directly precede the debut of a new collaboration with VR game maker Reality Smash at the Augmented World Expo (AWE) in Santa Clara, California, on May 30 to May 31.

The company will show their Reactive Grip controllers integrated with the VR LBE climbing game, Sweet Escape, in the AWE “Playground” expo area.

The company’s dev kit design embodies the learning from the simplified controller design first shown at the 2018 Consumer Electronics Show (CES) and 2018 Game Developers Conference (GDC). However, the dev kit is now more modular and manufacturable for increased customizability at lower costs. The original design update was supported, in part, by a grant from the National Science Foundation (NSF).

The Reactive Grip mimics the tangential shear and friction forces one experiences when interacting with real objects. These shear forces are applied within the user’s hand by sliding plates on the surface of the game controller. By tracking the user’s motions and applying shear feedback in proportion to the user’s interaction forces, Tactical Haptics is able to create powerful haptic illusions of elasticity, inertia, and impacts.

The company’s dev kit is modular, allowing it to be customized and configured with accessory brackets to suit your tracking and interaction needs. The foundation of the company’s dev kit is the “Core Controller.” The Core Controller has a symmetrical design and comprises a handle with two actuated shear plates and multiple mount-points for attaching the accessory brackets that allow users to customize the dev kit. 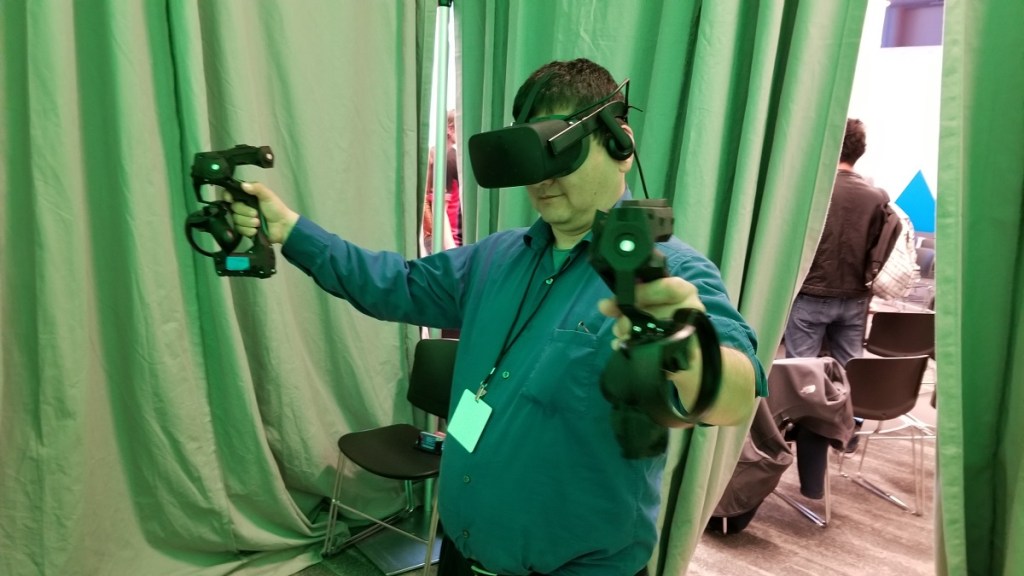 The Core Controller also includes an IMU (inertial measurement unit) that provides 3-axis rotational tracking data and a replaceable battery that can be charged internally via a bullet-plug interface on the Core Controller and provided power supply.