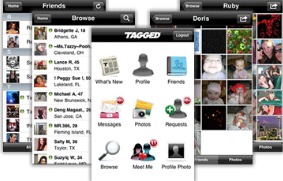 Terms, including the acquisition price, were not disclosed. The deal is the first acquisition for Tagged.

“The Digsby team shares our strong passion and creative vision for helping people connect online and that was a key component of this acquisition” said Tagged’s CEO Greg Tseng in a press release. “We’re looking forward to immediately incorporating the talented Digsby team into Tagged.”

Tagged said the entire seven-person dotSyntax group, the parent company that create Digsby, will be moving from its base in Rochester, N.Y. to Tagged’s headquarters in San Francisco.

But why Digsby — and why now?

Well, it is clear that Digsby’s bona fides had definitely caught the eye of Tagged’s management. Founded by a team of Rochester Institute of Technology graduates with offices located in RIT’s Venture Creations incubator, Digsby has seen major growth and is known for its loyal fans.

As such, since launching in 2008, Digsby has been the leader in bringing support for all major IM and social network protocols under one easy-to-use application.

Those new tools clearly made it attractive to San Francisco-based Tagged, which had a hugely successful 2010, ending the year with more than 100 million registered users and completing its third straight year of profitability.

That puts Tagged behind Facebook (which probably has around 600 million users) and Twitter (which has nearly 200 million), but ahead of professional networking site LinkedIn (which shared its user numbers when announcing its plans for a public offering).

Tagged is currently available in 220 countries and 18 languages — a user base that will grow significantly as it absorbs Digsby’s 3 million users.

“In the coming months we’ll be revealing more about Digsby’s technology and new strategic benefits for Tagged users,” Tseng said. “For now the Digsby faithful can rest assured they can keep using Digsby’s client as usual.”

A leaked email revealed earlier this year that Tagged plans to double its staff and give everyone a 10 percent raise. The company’s investors include Mayfield Fund, Horizon Technology Finance and Leader Ventures.