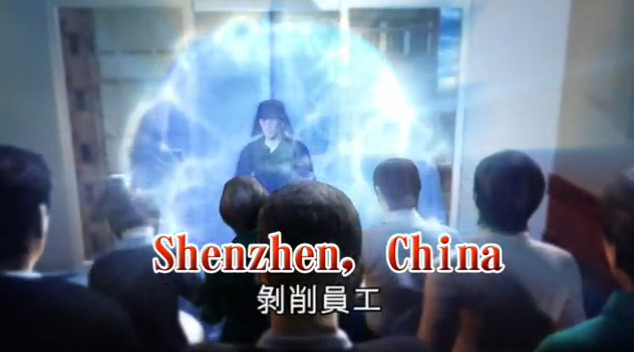 While Apple would surely love to move beyond the iPhone 4 “antennagate” controversy — especially after hosting a last-minute press conference on Friday in Cupertino, Calif., where it announced that all iPhone 4 customers would receive free bumper cases — the internet isn’t yet ready to quit milking the situation.

Next Media Animation — the Taiwanese firm that’s created Sims-like animations for popular news stories like the Tiger Woods scandal —  has created its own hilarious take on antennagate that fashions Apple CEO Steve Jobs as a Star Wars Sith Lord.

Next Media certainly isn’t aiming for accuracy with the video,  but it’s a refreshing spin on a situation that’s getting increasingly stale. Instead of admitting to any major issue with the iPhone 4’s reception on Friday, Jobs came across as incredibly defensive when he pointed out that competing phones from RIM, HTC, and Samsung each show similar reception drops when held a certain way.

Both RIM and Motorola issued statements saying that it’s unfair to say their products have the same sort of issues when their testing proves otherwise. Nokia also chimed in to say that it has long prioritized antenna efficiency over physical appearance.

You can view Next Media’s spin on antennagate below:
[youtube=http://www.youtube.com/watch?v=Tn-YesqzvNk&w=640&h=385]