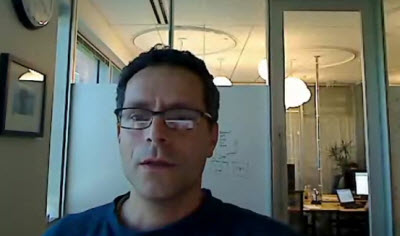 For the launch of its Google+ social games platform, Google has found one way to differentiate itself from Facebook. For in-game transactions, Google is only going to be charging a 5 percent commission to game developers instead of the 30 percent that Facebook charges.

Since Facebook charges a higher commission, the Google+ game platform could become far more attractive to developers as its number of users grows. The one caveat is that the current commission of 5 percent is promotional, said Soni.

Google doesn’t yet know what it will charge on a permanent basis, he said. Facebook, however, is firmly committed to 30 percent commissions on any transactions that use its Facebook Credits virtual currency, which is now required in all Facebook games. 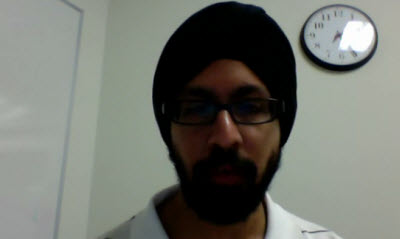 That strategy is certainly a way to get the attention of game developers. And it’s just one of the things that Google though long and hard about before it decided to offer games on its fast-growing social network, said Horowitz.

Horowitz declined to say how many users Google+ has now, but the number is clearly in the tens of millions.

“We have grown very quickly,” he said. “I’m very confident that, given the growth trajectory we are on, we can get to meaningful levels of audience very quickly.  We are also not in a race here. This is not only about acquiring users, but about creating a great and enduring user experience.”

That is why Google decided to make sure that the Game Stream (which is rolling out slowly to Google+ users) is only visible to users who want to see game information. Other non-gaming users won’t see game messages in their Google+ streams. That’s a difference from Facebook, which has reduced but not completely eliminated spam-like game messages from its platform.

Right now, Soni said the company is working with 10 game companies that have deployed 16 games on Google+. The preparation took a long time to get working in a full-fledged ecosystem. The games are free-to-play now, where users can play them for free and pay real money for virtual goods. Soni said the company is not yet fully describing the game applications programming interface yet, since it is still subject to change based on feedback. There are no ads built into the games yet.

As for game exclusives, Soni said, “We are going to be very aggressive about making users happy.”

Horowitz said that Google knows that it is not the “world’s expert in games” but he believes that games are a critical part of the social network because many users want them and they want to socialize through games. Google believes it can offer game companies benefits such as unique features (like Google Hangout), a network of sites, and strong distribution. He also mentioned a “generous relationship with developers,” which I took to be a reference to the lower commission.

It’s worth noting that Google’s policy is consistent across the web, with 95 percent of game revenues going to the game developer and 5 percent going to Google. That is a promotional rate. By contrast, the commission charged for games is 30 percent.

Soni said that of the 16 games that are live now, 15 are Adobe Flash-based games and one is an HTML5-based game. At some point, he said it would be desirable to create cross-platform games, where one game could run on the web and the same game could run on a variety of mobile phones. But Google+ games aren’t there yet. Soni said there are no issues with the speed, or performance of games, on the platform yet. He noted, “There is no such thing as a native Google+ game.”

Anil Dharni, chief operating officer at game developer Funzio, said in an interview that his company took about a month to adapt its Crime City game to Google+, giving the company a new platform for the game in addition to the iPhone and Facebook. The process was pretty easy, given that Google had a lot of learnings from its Open Social and Javascript efforts to date. He said the company is focusing on Flash games for now because HTML5 is too slow for games at the moment.

As for the 5 percent commission, he said it helps, but it is not a “game changer” for Funzio. Rather, he said that factors such as monetization, user numbers, and retention are more important to him as to which platform his company develops for.