Take-Two Interactive reported today that revenue for its first fiscal quarter (the second calendar quarter) ended June 30 rose 54% from a year ago to $831.3 million as fans played online games during the pandemic. The results for profits and revenues beat Wall Street’s expectations.

Grand Theft Auto Online and Grand Theft Auto V, Red Dead Redemption 2 and Red Dead Online, and NBA 2K20 all contributed to huge sales for the company in a quarter when it launched only Disintegration from its Private Division indie label. Other contributors included Borderlands 3, Sid Meyer’s Civilization VI, WWE, The Outer Worlds, and Social Point’s mobile games. In after-hours trading, Take-Two’s stock is up 4.75% to $175.65 a share.

The publishing company reported digital revenue increased 70% to $726.2 million, compared to $427.8 million in the same period a year ago. Take-Two emphasizes that COVID-19-related stay-at-home orders led to increased engagement and spending in its games.

On a non-GAAP basis, Take-Two reported earnings per share of $2.30 on $996 million in revenue and raised full-year guidance as well, said Cowen analyst Doug Creutz in an email to GamesBeat. Analysts expected the company to report quarterly earnings of $1.53 a share on sales of $821.6 million. In the same period a year ago, the company posted earnings of 27 cents a share on sales of $422.2 million.

To date, Take-Two said that lifetime sales of GTA V are at 135 million units, including 5 million in the first fiscal quarter. Red Dead Redemption 2 is at 32 million. NBA 2K20 is at 14 million units. Borderlands 3 has sold 10.5 million. And The Outer Worlds has sold 2.8 million.

Daily active users for NBA 2K were up 82% from a year ago. In the first fiscal quarter, Red Dead Redemption 2 sold twice as many copies as it did in the same period a year ago. You can chalk those results up to gamers playing more during the pandemic. Social Points Dragon City and Monster Legends mobile games helped drive it to 54% revenue growth in the quarter compared to a year ago. 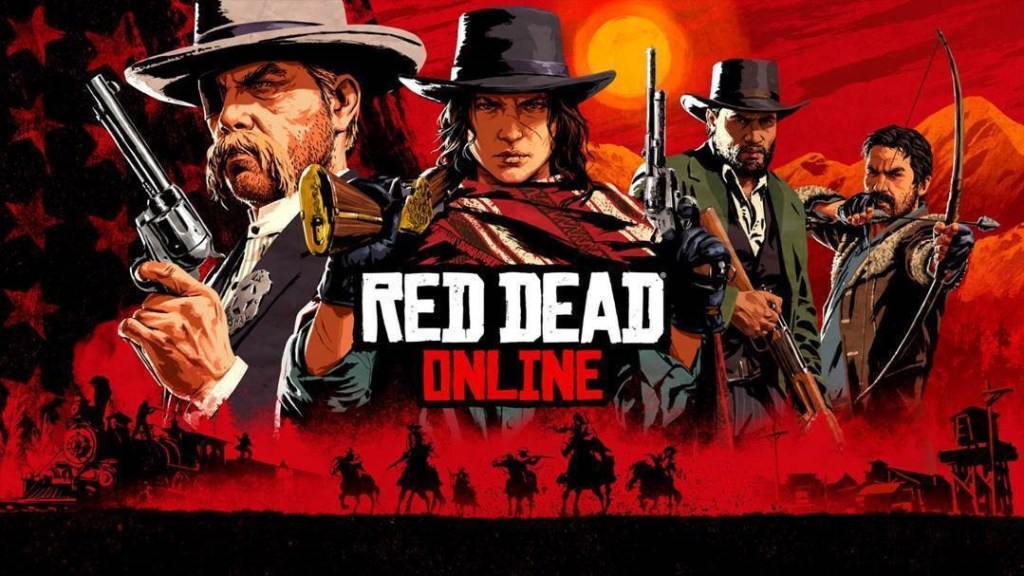 Above: Red Dead Online helps Take-Two have a big quarter.

Take-Two chief executive officer Strauss Zelnick said in a statement, “Fiscal 2021 is off to a terrific start with first-quarter operating results that significantly exceeded our expectations, including fiscal first-quarter records for GAAP net revenue and net bookings. … As a result of our better-than-expected first-quarter operating results and increased forecast for the balance of the year, we are raising our fiscal 2021 outlook, which is poised to be another great year for Take-Two.”

The company said it has the “strongest development pipeline in the history of the company,” but, of course, everybody wants to know when Grand Theft Auto VI is going to debut. In an analyst call, Zelnick said the company has 90 games in its product pipeline. But he dropped no hints on GTA VI.

And Take-Two isn’t saying anything about that. Take-Two said employees are still working from home, though some offices are opening on a voluntary basis.

Michael Pachter, an analyst at Wedbush Securities, said in an email to GamesBeat that full-year guidance was raised to $4.05 a share to $4.30 a share from the previous guidance of $3.00 to $3.25 a share. The amount of the raise was more than the amount that the company beat Q1 results by, even though the second fiscal quarter is expected to be lower than Q1 in revenue. So the updated forecast is an expression of confidence.

Regardless, it’s clear that digital spending is the biggest part of Take-Two’s business now — and likely in the future as the next-gen consoles launch.