Take-Two Interactive Software reported revenues today that beat analyst expectations for the first-fiscal quarter ended June 30. This means that revenues were surprisingly strong at a time when the video game publisher had no major releases.

This also means that ongoing stalwarts such as Grand Theft Auto Online and Grand Theft Auto V continue to prop up sales, even as the hot release of the fall, Red Dead Redemption 2, isn’t doing as well as might be expected. The company’s stock price fell 5% today after U.S. President Donald Trump called out video games for contributing to a culture that glorifies violence. But the stock has risen to $123.05 a share, up 6.7%, in after-hours trading. 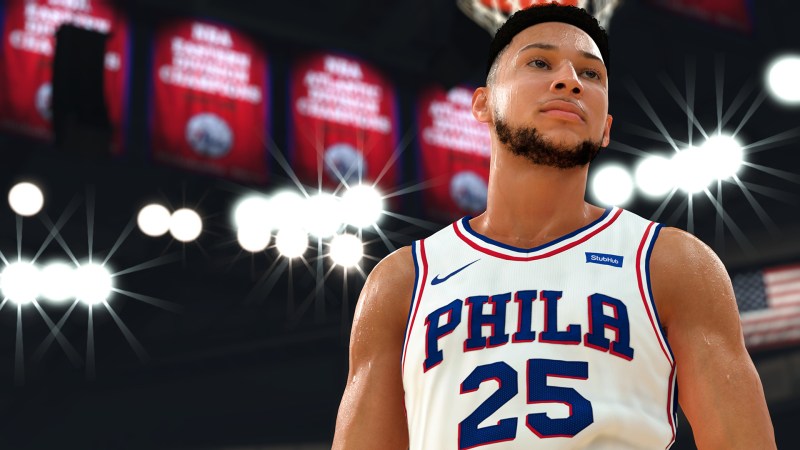 Above: NBA 2K19 is one of Take-Two’s strongest performers.

Red Dead Redemption 2, the Western epic from Take-Two’s Rockstar Games label that was more than seven years in the making, has been a big part of revenues since the title debuted on October 26, and it sold 23 million copies in the holiday quarter. But it has stalled since then, as the company said today it has sold-in 25 million copies to date.

“Fiscal 2020 is off to a terrific start with first-quarter operating results that beat our expectations,” said Strauss Zelnick, CEO of New York-based Take-Two, in a statement. “We delivered significant net bookings and cash flow growth driven by the performance of Grand Theft Auto Online and Grand Theft Auto V, NBA 2K19, the Borderlands franchise, and Red Dead Redemption 2 and Red Dead Online.

“As a result of our better-than-expected first-quarter operating results and increased forecast for the balance of the year, we are raising our outlook for fiscal 2020, which is anticipated to be another great year for our organization. We aim to build on this strong start by delivering a robust array of titles throughout the year, including Ancestors: The Humankind Odyssey, NBA 2K20, Borderlands 3, WWE 2K20, and The Outer Worlds, as well as new and innovative ways for consumers to remain engaged with their favorite entertainment experiences.”

And Zelnick said, “Looking ahead, Take-Two has the strongest development pipeline in its history, including sequels from our biggest franchises as well as exciting new IP. We are exceedingly well-positioned to capitalize on the positive trends in our industry, and to generate significant growth and margin expansion over the long-term.”

Even with the weak summer quarter result, Take-Two is looking forward to the September 13 release of Borderlands 3, the new title from Gearbox Software.

Digital revenue was up 36% to $427.8 million, and it now accounts for 79% of total GAAP net revenue. On August 27, Take-Two will release Patrice Desilets’ Ancestors: The Humankind Odyssey via Take-Two’s Private Division label for indie games.