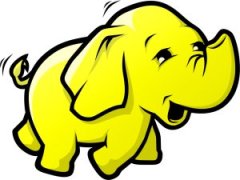 Yahoo is marking the fifth birthday, more or less, of its Hadoop technology. The open-source software allows Java programmers to process large amounts of data using distributed computing techniques. Inspired by Google’s MapReduce and Google File System, which make it possible to search the Internet in a fraction of a second, Hadoop is available free for anyone to use.

Of course, you get what you pay for. That’s why enterprise data integration software maker Talend announced today that it has added Hadoop support to its product lineup. Companies can take advantage of Hadoop without having to handle it separately by themselves.

“We are a software vendor, not a services seller like Red Hat,” Talend VP of Marketing Yves de Montcheuil told me during a phone interview. Customers license Talend’s software for their developers, who use it to build big-data processing solutions more easily. De Montcheuil says Talend has around 1,500 enterprise customers who pay for a subscription license to the company’s enhanced version of the free open-source tech upon which it is built.

Talend’s software lets Java developers use a graphical interface to define the processing — “transformations” in developer jargon — that they want to do. Talend’s software generates the Java code and, now, the Hadoop code to carry out the defined big-data work.

In the past five years, “Hadoop architecture has advanced to be cheaper yet more enterprise-ready,” de Montcheuil said. Talend’s software is used by Verizon, AOL, eBay and Sony Online Entertainment. One reason companies choose Talend is they can pay for a license based on the number of developers who use the tools rather than the amount of data they process.

Talend, founded in 2005 and headquartered in Palo Alo, has about 220 employees. The company has raised $28 million in four rounds of funding, Rounds A (May 2006) and B (May 2007) for $4m each, were contributed by AGF Private Equity and Galileo Partners.  Round C ($12m, Jan 2009) was led by Balderton Capital, under the direction of Bernard Liautaud, the founder and former CEO of Business Objects. Round D ($8m, Apr 2010) was contributed by all three existing investors.