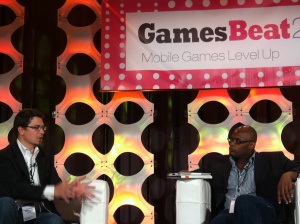 Andrej Nabergoj, the chief executive of high-profile iPhone app maker Outfit7, sent out a notice tonight that he is leaving the high-flying company.

Nabergoj’s company made Talking Tom and the hit series of Talking Friends series, which has been downloaded more than 150 million times on the iPhone and Android. Before he left, Nabergoj (pictured left) spoke at our GamesBeat 2011 and talked about building a brand with the Talking Friends series that could last 20 years.

In a message to friends and partners, Nabergoj wrote, “I wanted to inform you that I am leaving my position as CEO at Outfit7. 1 year, 12 talking animals and 150 million downloads later, I will be pursuing a new opportunity. I appreciate having had the chance to work with you.”

At our event, Nabergoj said the company planned to partner with a lot of companies that could help Outfit7 build its lovable characters — who take what you say and then repeat it in funny voices — into a global entertainment brand. He said that, like the Angry Birds mobile game, Talking Friends had become a cultural phenomenon and a distribution powerhouse on mobile platforms.

Nabergoj, a native of Slovenia, set the company up in Palo Alto, Calif. But he was careful to note that he wasn’t the founder. He joined early on as the Talking Tom cat character started taking off.

The small team of Slovenian developers was creating an app that had talking characters who could reproduce spoken words with a funny accent. To find their first character, they went to an online site and purchased an animated cat for $60. 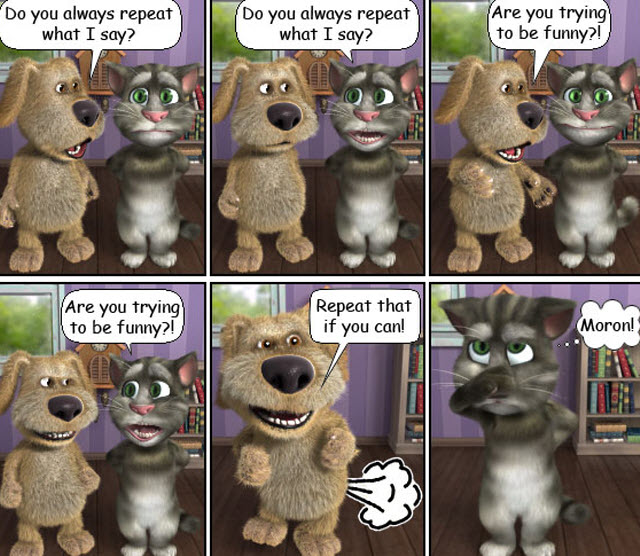