At Mobile World Congress in Barcelona today, Chinese electronics company TCL debuted the BlackBerry KeyOne. For those keeping track, this is the phone previously codenamed Mercury, as first revealed by VentureBeat reporter Evan Blass (evleaks) back in June. This is the first BlackBerry smartphone released by TCL under a brand licensing agreement signed in December 2016, and is the fourth BlackBerry device running Android.

The BlackBerry KeyOne features an anodized aluminum frame, textured back, 4.5-inch display (1620×1080 resolution, 434 PPI, and 3:2 aspect ratio), and a physical keyboard. The Smart Keyboard, as it’s called, responds to touch gestures, can be programmed to launch up to 52 customizable shortcuts, and has a fingerprint sensor built directly into the spacebar. The phone will be available globally in April, priced at €599, £499, and $549. 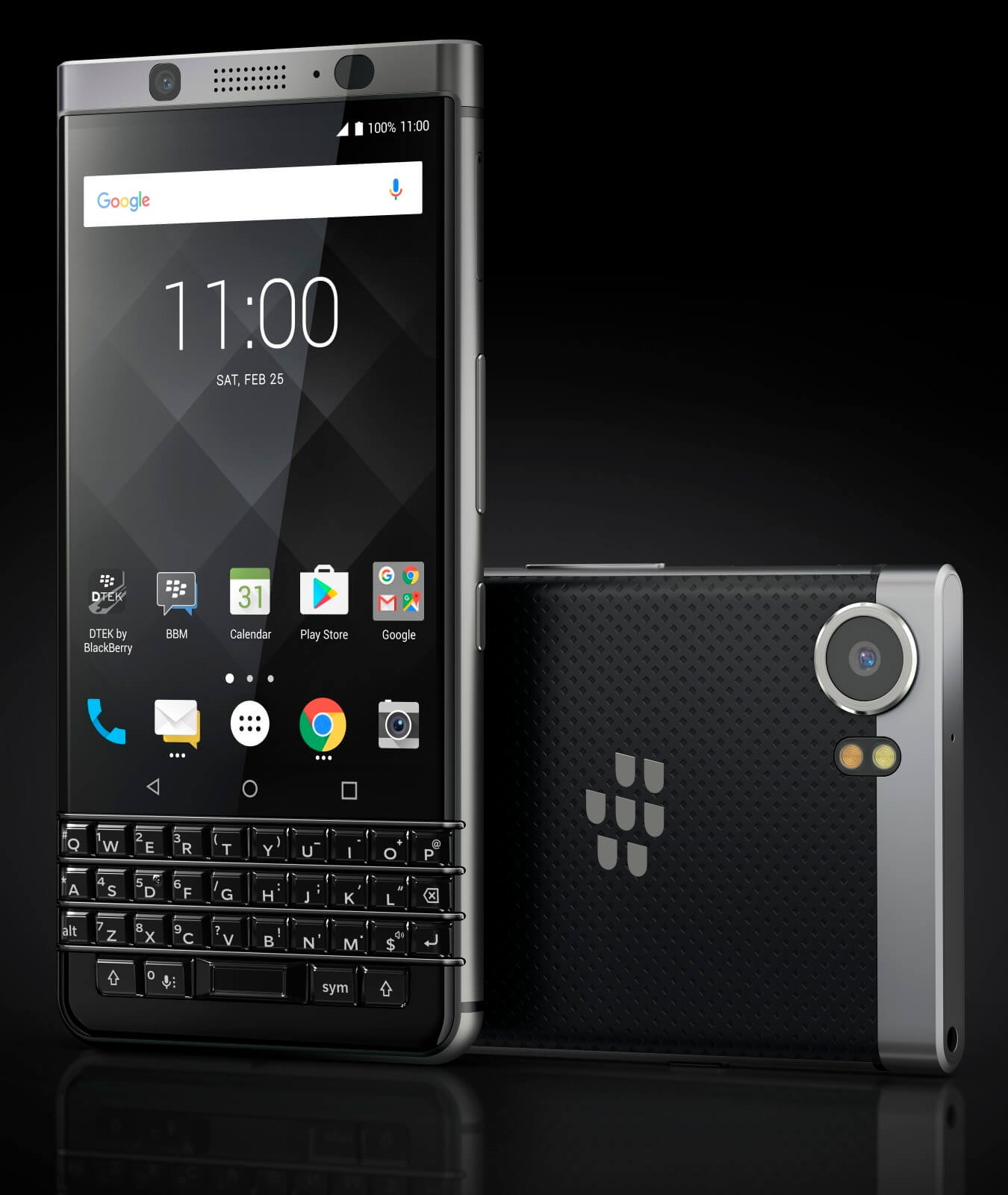 The best thing about the KeyOne is that it’s the first BlackBerry Android phone to finally run the latest version of Google’s operating system, currently Android Nougat 7.1. The Priv, the DTEK50, and the DTEK60 were all at least one version behind when announced. Like its predecessors, the KeyOne comes with Google apps and the Play Store and monthly Google patch updates, plus BlackBerry’s additional security, privacy, and productivity tools. The pitch is the same: This is the latest in a line of “most secure Android smartphones.”

“Impressively designed to be distinctly different, the BlackBerry KeyOne reimagines how we communicate by offering unmatched productivity and the world’s most secure Android smartphone experience,” TCL CEO Nicolas Zibell said in a statement. “We’re humbled to play such an important role in the future of BlackBerry smartphones, which have been so iconic in our industry, and we’re eager to prove to the BlackBerry community that their excitement around this new BlackBerry smartphone is something they can be proud of as well.”

“We want to congratulate TCL Communications on the launch of KeyOne,” BlackBerry senior vice president Alex Thurber said in a statement. “We have worked closely with TCL to build security and the BlackBerry experience into every layer of KeyOne, so the BlackBerry DNA remains very much in place. We couldn’t be more excited to help bring it to market and introduce it to BlackBerry fans.”

If you yearn for a hardware keyboard, so far it looks the BlackBerry KeyOne will be your best bet this year.