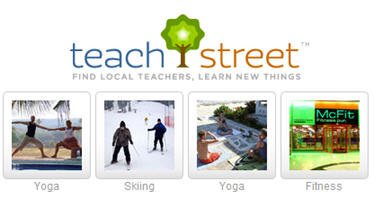 TeachStreet, a company that seeks to helps people connect with local teachers, coaches and other instructors with the classes that fit their needs, launched today and announced it had raised $2.25 million in a first round of venture financing.

It starts with a focus on Seattle, including a guide to more than 25,000 Seattle-based teachers, classes, instructors, and schools. It plans to make money from targeted advertising and by charging premium services.

It’s the latest social networking site to target schools. Related services include DonorsChoose, which is different, letting people earmark money for certain schools and teachers, and TakeLessons.com, a website focused on connecting students and teachers, which is more of competitor.

The Seattle company is led by former Amazon executive Dave Schappell, and he’s getting his backing from local investors: The round was led by Madrona Venture Group and included Amazon founder Jeff Bezos’ Bezos Expeditions and other angel investors from Amazon among others.

Melinda Lewison, of Bezos Expeditions, says the market has been underserved and that students and teachers outside of formal schooling have been forced to rely on coffeehouse posters and Craigslist postings.

John Cook of the Seattle PI has more details on the background.