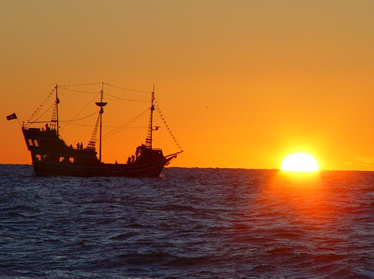 Valleywag is not exactly the local beacon of fair and balanced reporting, but as the leading gossip blog of Silicon Valley, it helps keep things real — like the proverbial pearl-making sand in the oyster, maybe. Which is why I’m sad that Gawker Media has decided to turn this property into a section of the much larger Gawker.com media-gossip site.

The problem for Gawker founder and owner Nick Denton is that Valleywag, which gets a respectable one million unique visitors a month, isn’t making enough money. Or at least it’s not going to make enough when online advertising revenue goes under in the looming recession hurricane next year, as Denton believes. He outlines his larger vision of the ad calamity in this post on his personal blog. In his view, the deepest budget cuts need to happen now so as to position his company for survival, if not for an early rebound versus competitors — like what Sequoia Capital’s “RIP: Good Times” presentation discussed last month.

Valleywag launched in early 2006, and similar to other Gawker sites, it has consistently stood out for its incendiary content and excellent writing. First, it starred the talented young Nick Douglas, but Denton fired him towards the end of that year for publicly joking about getting sued. Denton himself took over until June of 2007 — tech reporting seems to hold a special place in his mogul-y heart, even if it doesn’t always make him much money.

Then he recruited Owen Thomas, a sort of Tintin with facial hair, a kind but usually hidden heart and an Inquisitorial modus operandi, from the then-living Business 2.0 magazine. Thomas, a former member of formative 90’s snark site Suck.com, has brought his caustic wit to bear upon the Valley with a vengeance, including upon myself and various other members of VentureBeat. Thomas grew his staff to five full-timers until early October, when Denton chopped the masthead down to Thomas and widely-published freelancer Paul Boutin.

We’ve been flattered by the attention, to be sure, and we look forward to Thomas keeping it real on Gawker when the transition occurs at the end of this month. While Thomas’ (and hopefully Boutin’s) posts will run in a section of the main Gawker.com site, they’ll also appear on Valleywag.com.

And I have to wonder if we’ll see Valleywag come back full-sail, once online ad revenue picks up.