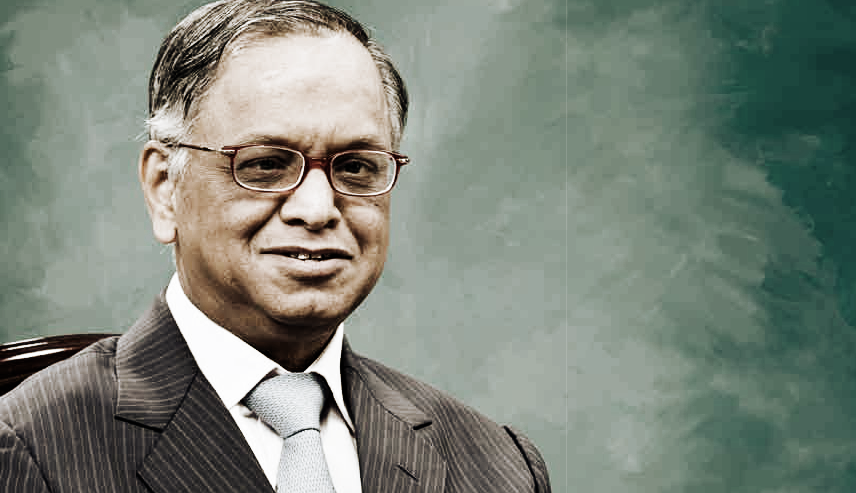 N.R. Narayana Murthy is one of the most powerful people in India.

He created Infosys, one of his country’s most important companies which brought IT outsourcing in India. He sits on the boards and councils at Harvard, Yale, and Stanford, as well as corporations such as Unilever and Ford. He is a tech advisor to several countries in Asia. By anyone’s measure, he’s one of the rare “masters of the universe” whose decisions control the fate of many others.

He is also a philanthropist and humanitarian with a passion for bringing more technology, more education, and a higher quality of life to rural areas and urban centers in India; and he is often named as one of the nation’s great heroes.

Today, Murthy has been named the recipient of the 2012 James C. Morgan Global Humanitarian Award, part of the prestigious Tech Awards presented each fall in Silicon Valley to companies and individuals whose work has shown significant and global social impact.

“Narayana Murthy’s work has helped to position India as a global technology leader and has raised awareness about serious social issues in that country and around the world,” said Tech Museum President Tim Ritchie in a statement on the award. “Murthy’s commitment to social good is an inspiration and his work exemplifies the values we should all strive to embody.”

In 1981, Murthy co-founded Infosys with a small sum of money borrowed from his wife. Today, Infosys is one of the country’s largest and best companies, and was the first Indian company to be listed on an American stock exchange.

But with all that success came some bitter concerns, as well. Infosys was instrumental in the advent of outsourcing and the business of globalization, largely through Murthy’s own design of the Global Delivery Model.

But as more IT work came to India, the country did not see the economic boom it had hoped for. “The disposable income of rural people has actually dipped,” Murthy said to reporters in 2006.

“They’re saying: ‘Is this globalization? Is this all we’re going to get?'”

So, with the millions of India’s poor in mind, Murthy shifted his focus from profit-focused IT to human-focused social work.

In 1996, his company established the Infosys Foundation to do work in the areas most critical to Indian life and culture: health care, social rehabilitation and rural uplift, education, and the arts. Murthy’s wife, an author and social worker, has been particularly involved in the Foundation’s efforts, as well.

In his book, A Better India, a Better World, Murthy outlines his values and plan for his country as told through a series of speeches given throughout his career: That the globalization and development brought on by companies like Infosys would not lead only to the prosperity of a few but to the betterment of all.

“The power of money is the power to give, and I work to embody this mantra throughout my work,” said Murthy in a statement today.

“The Global Humanitarian Award is a great honor. I have seen how technology can impact social good, and philanthropy has been a central part of my life. I have always felt that one’s personal wealth should be seen as an opportunity to influence societal improvements.”