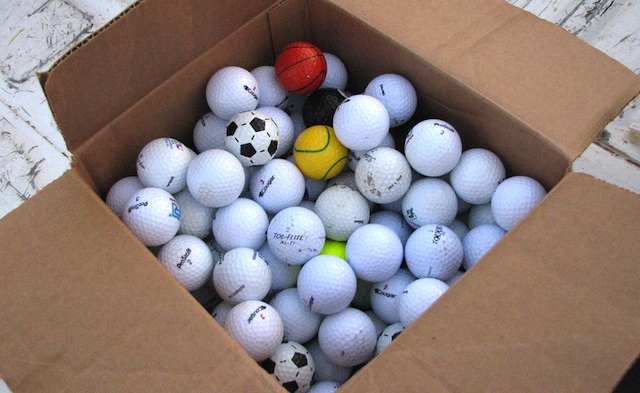 The U.S. tech industry has a race problem.

Anyone who’s worked in Silicon Valley for any length of time will have noticed the alarmingly large number of white guys occupying positions of power. There are good-sized groups of Asian entrepreneurs among the entrepreneurial and venture capital classes. But there are not many women and there are almost no black or Hispanic entrepreneurs or VCs.

Despite the incredible diversity of the Bay Area, the people at the top of the Silicon Valley power pyramid have a depressing sameness. An upcoming CNN documentary called Black in America looks at the issue by following a group of black entrepreneurs in Silicon Valley. Thanks to early previews, the show is already making waves, and it hasn’t even aired yet. Check out Soledad O’Brien’s update on the controversy, which is as good a place to catch up as any. (If you want to watch the show, VentureBeat’s Chikodi Chima will be moderating a discussion at an upcoming screening of Black in America, while the show will be broadcast on November 13.)

The same is true of the tech industry elsewhere in the U.S. According to the Level Playing Field Institute, women hold just 20 percent of the computer software engineering and programming jobs nationwide. Meanwhile, African-Americans have just 7 percent, and Latinos only 5 percent of those jobs. The reasons for that are varied and often misunderstood.

But there is something we can do about it.

If you’re black, Hispanic or female, you’re going to need an extra dose of moxie, persistence and determination to make it in tech. You will probably want to connect with others through business networks aimed at supporting people like you. Some people have taken more drastic measures, as Vivek Wadhwa did when he hired a white man to be the public face of his company. (Wadhwa also points at the importance of building your own networks.) These decisions will have to be up to you and whatever friends and allies you recruit to help you.

If you’re one of the white men in positions of power in tech, you have a responsibility too, and that’s what I’m going to focus on for the rest of this column — because that’s what I know about. As a white guy who has worked in Silicon Valley for almost two decades, I have tried to live up to this responsibility for personal as well as ethical reasons.

Here are my tips for white guys on how to fight racism and sexism.

First, educate yourself. Compared to people who have experienced prejudice, you don’t know squat about racism or sexism. So read. Watch movies. But most of all, talk to people. Find people who are trained in anti-racist education and invite them to educate you and your staff.

In my case, I have spent many, many hours in anti-racism seminars, educational programs about race and culture, and dinner table discussions with my family, extended family and friends. It’s a topic that is never far from my mind. That doesn’t make me an expert, but it has given me some understanding of the issues, and I hope it’s made me a more effective advocate for diversity. 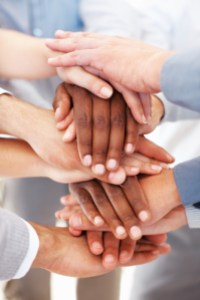 Second, make an effort to connect with people who are different from you. Make friends with a variety of people. Extend your social circle.

And really make friends. Early in my education, a friend once told me, that the diversity of your circle of friends is best measured by who comes to dinner at your house. You may work with people who aren’t like you, but if you’re not having them over to dinner, you’re not really getting to know them.

My kids go to a school where there are people from diverse racial and economic backgrounds, my neighborhood is all over the map economically and racially, and I live in one of the most diverse areas in the country. It’s only when I start talking to PR people and Silicon Valley executives that the diversity level drops. But it’s taken me a decade of conscious decisions to get to this point.

Third, when you’re recruiting, widen the circle of candidates. Make decisions about who to hire (or invest in) based on merit. But make sure the pool is diverse, so you can at least make fair choices.

I try to follow this principle whenever I hire people. I’ve reach out to professional associations like the National Association of Black Journalists. Groups like the Black Founders of Silicon Valley or Women in Technology International can be helpful. I ask people I know to recommend talented women they know. I ask for help from my existing networks wherever I can get it.

Once I get that pool of candidates, I evaluate everyone based on their merits. I’ve never given a job to anyone because I wanted to increase the diversity of my team. But I have gone to lengths to make sure that the pool of candidates is diverse.

This is, I think, the most important thing that white people in positions of power can do.

There’s a real benefit to this diversity, too, beyond some abstract notion of fairness. A diverse workforce is going to better at producing products that appeal to a broad range of customers.

And diversity breeds creativity. People who come from different backgrounds are more likely to have different approaches to problems, or different ideas. Bring them together and, yes, there can be conflict and misunderstandings. But out of that conflict can often come much better ideas than you’d get from a roomful of people who have the same backgrounds.

Finally, be willing to talk about race. Realize that you are going to sound like a clueless idiot much of the time. But also know that for people of color, race and racism are constant topics of discussion. Race is an incredible taboo only for white, middle-class people. We are often embarrassed to talk about it, or even to acknowledge it. But until we do, we can’t really learn. And yes, I am sure it sucks when someone holds you up as an example of white-guy cluelessness.

But when you refuse to talk about racism and race, whether from fear of embarrassment or out of ignorance, you can’t learn. If you pretend that it’s just a meritocracy, or that the problem is too mysterious to be addressed, or that you yourself are not racist, you can’t learn.

More importantly, you can’t do anything good about it.

I don’t expect that most white men in power will follow these steps. It’s too uncomfortable and too difficult to do. But I can say that it’s something very much worth doing. The benefits are real, not just for yourself but also for your company and the tech industry as a whole.

An earlier version of this essay appeared on my personal website.