Last year was a bumpy one for tech entrepreneurs. Between shaky markets and a tense political climate, some private companies that had planned for an initial public offering (IPO) in 2016 delayed their exit. Only eight U.S. tech IPOs occurred over the first six months, according to a report released today by CB Insights. But the number doubled in the second half, with 17 U.S. tech startups entering the public markets. This trend was also reflected on a global level, with 36 IPOs in the first half of the year, compared to 62 in the second half. 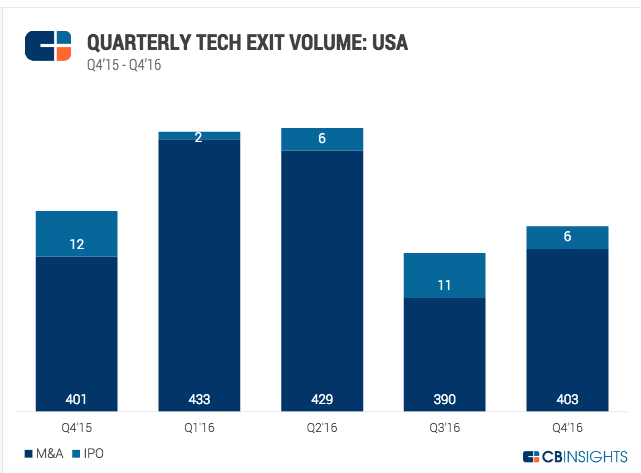 Above: Quarterly Tech Exit Volume for the U.S.

For U.S. startups that chose to forego an IPO, 2016 saw a flurry of mergers and acquisition activity. While the year started off strong with a whopping 862 M&A deals, the second part of the year saw an eight percent decrease, to 793 deals. This result may be a reflection of the uncertain markets, as M&A deals went up when IPOs were down, and vice versa.

As expected, California-based companies led the way with the highest number of tech exits. New York came in second, and Massachusetts tied with Texas. 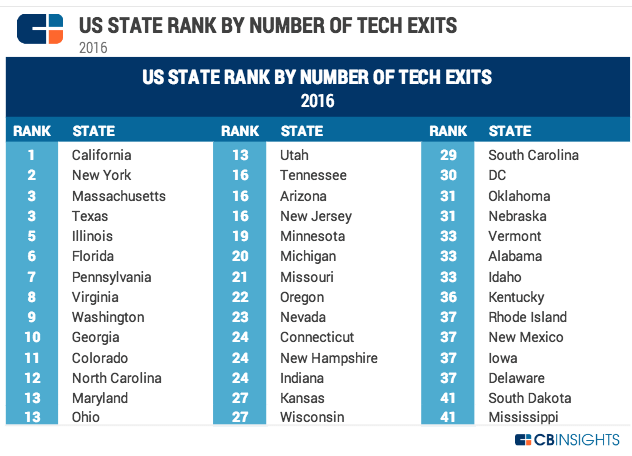 Above: US State Rank by Number of Tech Exits 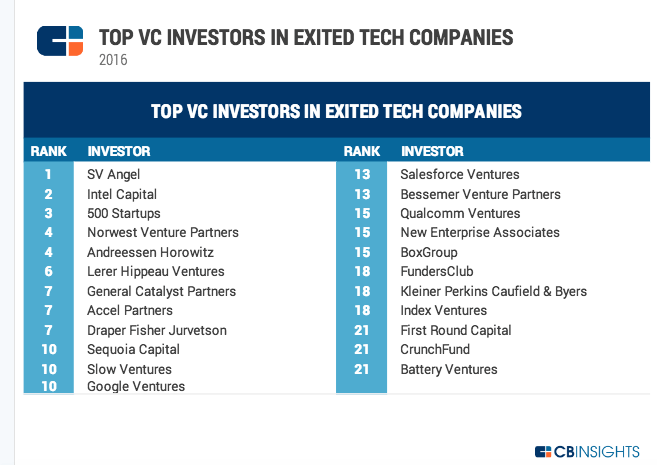 Google was the most active buyer in 2016, making tech acquisitions that include Eyefluence and API.AI, among several others. Salesforce and Accenture tied for the second spot. Regarding corporate investments, Intel Capital led, with GV (Google Ventures) and Salesforce following.

Looking forward in 2017, there are a lot of highly anticipated IPOs, the most notable of which is Snap, which should be filing publicly this week. Here are our predicted tech IPOs for this year.