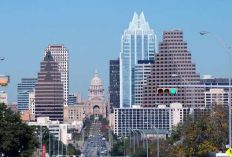 For years, Austin, Texas has been a hub of the semiconductor and computing industries. But the city has always been known more for its large corporations than Silicon Valley-style startup culture. The founders of a new incubator called Tech Ranch Austin say that’s a changing equation.

The problem, says cofounder Kevin Koym, is the lack of any easy way to make connections. A successful Silicon Valley entrepreneur, Koym moved to Austin for the quality of life, but found that the entrepreneurial networks he was used to were missing. “It’s easier and cheaper to get a company off the ground here than in the Bay Area. The key problem is that Austin’s ecosystem is more isolated,” he says.

Luckily, Austin is also not lacking in smart technical people. The idea for Tech Ranch was born out of Bootstrap Austin, a meetup group Koyn helped start to bring potential entrepreneurs into contact with each other. Today, Bootstrap has 650 members.

Tech Ranch takes the monthly meetup idea to the next logical step. More than an incubator for a handful of new companies — the actual physical space it has is already fully occupied by startups — it’s also planned as a permanent forum for entrepreneurs to meet, talk over their ideas and potentially find funding.

As for the industries in which Austin is a growing force, Koym says its semiconductor tradition has led to a number of potential solar power startups. The area also has the beginnings of a biotech industry, quite a few nanotech scientists, and a growing number of internet entrepreneurs, who represent several of Tech Ranch’s starting lineup of companies: Piryx, Crimson Services, iBagIt, OneSpot, MomSquawk, AuctionHawk, Meritus Consulting and Wealth Warrior.

Tech Ranch is currently funded by Koym and his cofounder, Jonas Lamis of SciVestor, but the two will be raising more money in the future.