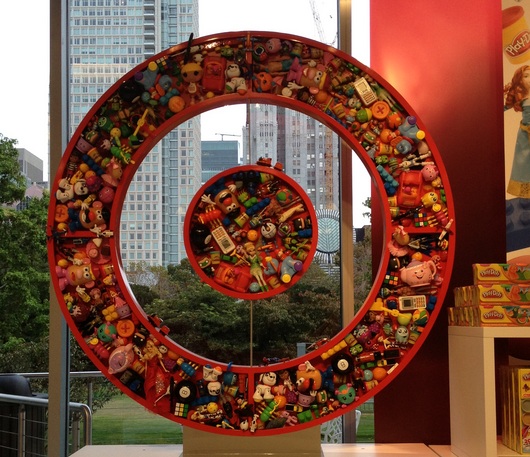 Target’s newest City Target is now open at the Metreon in San Francisco. A look around last night and the shelves were already running low on milk, bread, eggs, hummus, toilet paper, and tampons. (Hey, I’m comprehensive in my market research.) It reminded me of grocery stores in Washington, D.C., the night before flurries were forecast.

At a time when many big box retailers are struggling (cough)Best Buy(cough), Target is expanding into the most tech savvy market on the planet. It’s also a market where Postmates, TaskRabbit, and eBay Now will bring nearly anything you want to your door. It’s a market where my neighbors order their toilet paper from Amazon. 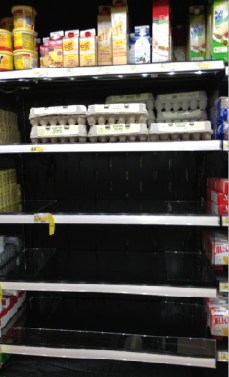 But Target is no ordinary retailer. It’s long been among the most tech savvy.

Target had mobile payments before Starbucks. You can load a Target gift card on your mobile phone and use it to pay at checkout. In fact, the first Starbucks that accepted mobile payments were the Starbucks inside Target stores. You can even order a gift card and have it sent to a friend via SMS. Your friend can then pull it up and redeem it right away. (Parents with kids away at college, you’re welcome.)

Target was also an early experimenter with online versions of its Sunday circulars. Its iPad app has full versions of the Sunday circular and the ability to make lists. All the savings without the environmental guilt of the print edition.

Mobile coupons? Yes, Target has those, too. They can even be loaded into Apple’s Passbook. 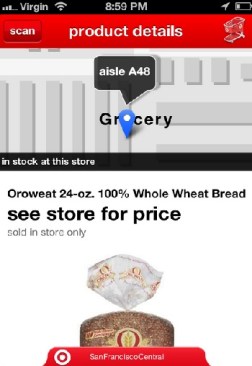 My favorite feature is the ability to scan a bar code on a product and have the Target app show you which aisle it’s in. (Oddly, this doesn’t work for Target’s house brand products.) This is especially important because the scaled-down City Target doesn’t carry everything that a suburban Target sells.

Target also knows how to target. The company is into big data. It’s algorithms can tell when someone is pregnant, sometimes to the disdain of that someone’s father. After a father complained to a Target manager about a direct mail piece sent to his daughter that had ads for maternity supplies, he called back to apologize.

“I had a talk with my daughter,” he told the New York Times. “It turns out there’s been some activities in my house I haven’t been completely aware of. She’s due in August. I owe you an apology.”

But Target has so many opportunities to improve the in-store experience using technology. Here are just a few:

One of the big concerns about big data is privacy. Some of those concerns could be assuaged by giving consumers access to that data in ways that are useful to them. If I know you’re keeping a list of what I buy to help me build my shopping list, that’s a feature, not a bug. I would love it if Target would use my purchasing data to see what items I continue to buy at suburban stores that it should start stocking at City Target. (In case anyone at Target is reading: I want the Archer Farms spicy three pepper hummus and Tasty Bite Indian meals.)

Of course, the number one thing I want is to be able to select everything from my phone and have somebody collect it and bring it to my door. The economics of that are tough. But I imagine that Postmates and Task Rabbits will be making a lot of runs to the new City Target.

(Disclosures: I own stock in eBay and am short Best Buy.)