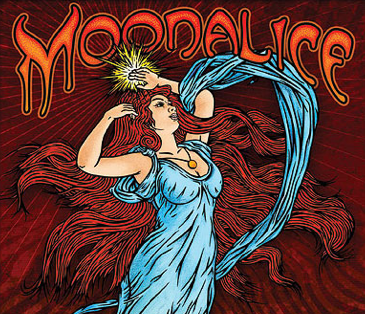 Bring together big-name investor Roger McNamee (the one whose Elevation Partners put half a billion into Palm), his rock band Moonalice and Twitter, and what do you get? A live album release performance at Slim’s in San Francisco this Friday where — in what might be the closest thing yet to live music on Twitter.

Moonalice’s sound team will digitize each song once it has been performed, then send a link out on Twitter so fans can download the track. Follow @moonalice to get the music as it’s released.

The idea has Twitter chief executive Evan Williams’ endorsement, apparently — I’m not sure if that’s partly due to the McNamee connection or what. “We are amazed by all the new ways people are using Twitter, and what Moonalice is doing exemplifies this to the core,” he’s quoted saying in a press release about the event. “Twittering a live show is a new and profoundly cool way for a band to reach its fan base and beyond and we hope to see more of this as bands see the value of connecting to their audience in new ways.”

Maybe Twitter is going to give MySpace Music or music startups a run for their users? Perhaps there’s something to making music freely available in close to real-time like this? Certainly, popular music acts have been releasing albums on online music services, at least in streaming form. REM released an album early through iLike, for example, while Kanye West previewed a recent album on Imeem. And Twitter is a new venue to distribute music quickly.

Also, for music recording technology nerds, there’s another tech connection. The band, which boasts former musicians who played in classic acts like Jefferson Airplane and with musicians like Bob Dylan, Bonnie Raitt and B.B. King, also has special digitizing technology developed by producer T Bone Burnett. The live album, the band’s eponymous debut, will showcase it. From the band:

With Burnett’s help, Moonalice’s tech ethos is apparent on the studio release.  Listeners are sure to notice the sound quality of Moonalice, due not only to its sterling musicianship and exceptional production, but also because it features Burnett’s innovative new XOΔE (CODE in Greek letters) mastering technology.  XOΔE enables a fully detailed recording that rises far above the flat, industry standard “radio mix.”  In addition to the CD, the XOΔE-enhanced DVD-V is packed with a high-resolution stereo version (24-bit/96 kHz), as well as optimized MP3, AAC and FLAC formats, plus two music videos. The entire package comes at the bargain price of a regular, single CD.