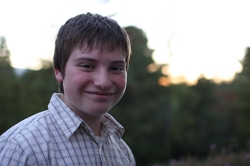 Teen entrepreneur Daniel Brusilovsky has been fired from his internship at TechCrunch following allegations that he traded startup coverage for compensation.

TechCrunch Editor Michael Arrington broke the news in a post last night titled, “An Apology to Our Readers.” He said that “someone I trust” had accused an intern of asking for a Macbook Air in exchange for writing a TechCrunch post about the startup. The allegation was supported by a subsequent investigation, and Arrington also uncovered “at least one other occasion” when Brusilovsky “almost certainly” received a computer in exchange for a post. In response, TechCrunch fired him and removed all of his posts from the site.

Initially, Arrington didn’t disclose the name of the intern in question, but his identity has since been revealed as 17-year-old Brusilovsky, who is also founder of the teen publishing startup Teens in Tech. Brusilovsky wrote about the incident on his own site:

In some way or another, a line was crossed that should have never been. At this time, I do not want to go into details, but I will publicly say that I am truly sorry to my family, friends, TechCrunch, and especially the tech community. Since 2006 when I first got into the internet, I have felt comfortable, and working at TechCrunch has made this experience even better. TechCrunch is not to blame for any of this — TechCrunch has given me the opportunity of a life time. I can never say thank you enough for TechCrunch for the amazing last nine months I’ve had.

This is the first day of the next learning stage for me. Yes, I am young, but from here, I can only learn more. To my family, friends, colleagues and especially, TechCrunch, I am sorry. I am taking this entire experience, learning and moving on.