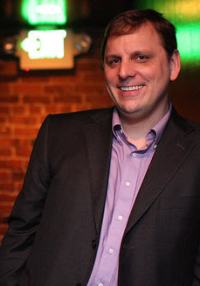 TechCrunch editor Michael Arrington is known for being opinionated and blunt. Add the high profile within the tech industry of anything he publishes, and it’s surprising that Arrington and TechCrunch haven’t been legally threatened more often than the half dozen times Arrington listed in a post last year.

But ZDNet reports this morning that last Thursday, Arrington and TechCrunch were handed a default judgement by a British court which claims Arrington and his publication libeled a former employee, TechCrunch UK editor Sam Sethi, in a series of posts after Sethi left the company in late 2007.

You can read both Sethi’s version of the story, and Arrington’s version, which tell two different tales of Sethi’s work at TechCrunch UK.

Arrington defaulted in the case by not showing up in court. He claimed in his post this morning that legal experts he talked to in the UK estimated it easily could cost him close to a million dollars to fight the charges, not to mention the time it would take him away from work. It was cheaper, he said, to accept the default judgement and hope the reputational damage would be minimal.

What’s striking, though, is Arrington’s continued public trash talk about Sethi. Rather than back off in response to the lawsuit, he brazenly uses words like “lied” and “cheated” when describing Sethi’s behavior, and calls Sethi “a classic confidence man.”

It’s unusual speech in Silicon Valley tech culture, where the norm is to speak politely about everyone to their face and in public, then use back channels to spread the bad word on an employee or competitor. The maligned figure has trouble finding work, without knowing why. Arrington is an oddball: He seems not just uninterested in playing nice, but unable to play nice.

I’m sure it sucks for Sam Sethi, but Arrington’s refusal to play by the rules, or to back down from anyone, is part of what makes TechCrunch a popular read. Will the court’s assessment of damages hurt Big Mike enough that he’ll change his ways? Not at all. More likely he’ll add a line item for legal settlements into next year’s budget.