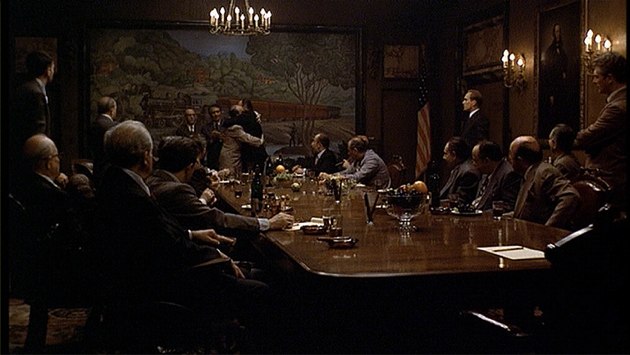 Mike Arrington, editor of TechCrunch, sure knows how to ruin a party. He evidently walked in on a meeting of prominent Silicon Valley investors and discovered they were allegedly colluding to keep a lid on startup valuations, cartel style.

In a blog post, Arrington said that he was tipped off about a secret meeting of “super angels,” or well-heeled investors who are competing with the best venture capitalists to find early stage investments in hot companies in Silicon Valley.

Arrington was told he was not welcome at the meeting at Bin 38, a restaurant and bar in San Francisco. He went anyway and strolled into the private room in the back. Sitting at the table, “Godfather style,” were 10 or so of the “highest profile angel investors in Silicon Valley.” He was met with dead silence and one person who said, “Oh, no.”

“I’ve never seen a more guilty-looking group of people,” Arrington wrote. Then he sniffed around and talked to three people who were at the meeting. He said the attendees were allegedly colluding to keep a lid on startup valuations, among other things. If true, such collusion to hold down prices is illegal and, if proven, the conspirators could go to jail. (See Chris Yeh’s story in response).

* Complaints about Y Combinator’s growing power, and how to counteract competitiveness in Y Combinator deals
* Complaints about rising deal valuations and they can act as a group to reduce those valuations
* How the group can act together to keep traditional venture capitalists out of deals entirely
* How the group can act together to keep out new angel investors invading the market and driving up valuations.
* More mundane things, like agreeing as a group not to accept convertible notes in deals (an entrepreneur-friendly type of deal).
* One source has also said that there is a wiki of some sort that the group has that explicitly talks about how the group should act as one to keep deal valuations down.

Arrington said two of the people attending were extremely uneasy about the meeting and told him they were only there to gather information, not participate. Arrington said he would not identify those attending the meeting, but then he virtually identified them by saying “it included just about every major angel investor in Silicon Valley.” Names are circulating on sites such as Quora and Twitter, but nothing has surfaced beyond speculation yet about who attended.