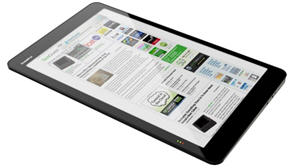 A year ago, TechCrunch editor Michael Arrington announced his plan to build a “dead-simple Web tablet for $200,” using crowdsourced designs from his readers.

Today Arrington announced the formation of Crunchpad, Inc, a startup company with 14 employees in Singapore. Crunchpad will oversee manufacture of the device, also called the Crunchpad.

Here’s his description of the Crunchpad, a netbook-meets-iPhone device which Arrington came to believe was an obvious product that gadget and PC makers would fail to deliver:

The machine is as thin as possible, runs low end hardware and has a single button for powering it on and off, headphone jacks, a built in camera for video, low end speakers, and a microphone. It will have Wifi, maybe one USB port, a built in battery, half a Gigabyte of RAM, a 4-Gigabyte solid state hard drive. Data input is primarily through an iPhone-like touch screen keyboard. It runs on linux and Firefox. It would be great to have it be built entirely on open source hardware, but including Skype for VOIP and video calls may be a nice touch, too.

If all you are doing is running Firefox and Skype, you don’t need a lot of hardware horsepower, which will keep the cost way down.

“There’s factories that just churn stuff out. It’s pretty simple,” Arrington told the Business Times. A year ago, it would have been valid to question the market for a Crunchpad, given the ongoing failure of tablet PCs. But in 2009 jargon, the Crunchpad isn’t a tablet PC. It’s a netbook with an iPhone-style touchscreen instead of Microsoft’s stylus-driven tablet interface. You could use it to read books, too.

The article is worth reading as a profile of Arrington and his various business ventures. Did you know TechCrunch now has 21 employees and claims $6 million in 2008 revenue from events and advertising? Arrington claims 15 million pageviews and 5.5 million unique visitors per month for his network of blogs. That puts it ahead of most newspapers. 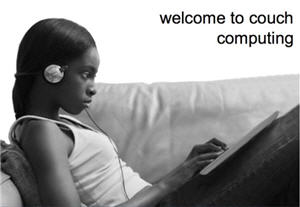 Can Arrington raise the funding to ship the Crunchpad to consumers? Because so much Valley investing is based on personal connections, I’ll bet a buck he makes it happen. Angel investor Ron Conway, whose Wikipedia entry says he “is thought to have made more investments than anyone else in Web 2.0, supporting more than 100 companies,” told the Business Times he wants to invest in the Crunchpad.

(Insider gossip bonus: Arrington, who made his name with a blog that refuses to adhere to some of the ground rules in use at older print-based publications, normally has little use for traditional journalism. So it’s funny for some of us that he used an old-school local newspaper, the San Francisco Business Times, to announce his company. Why not Twitter, Mike?)