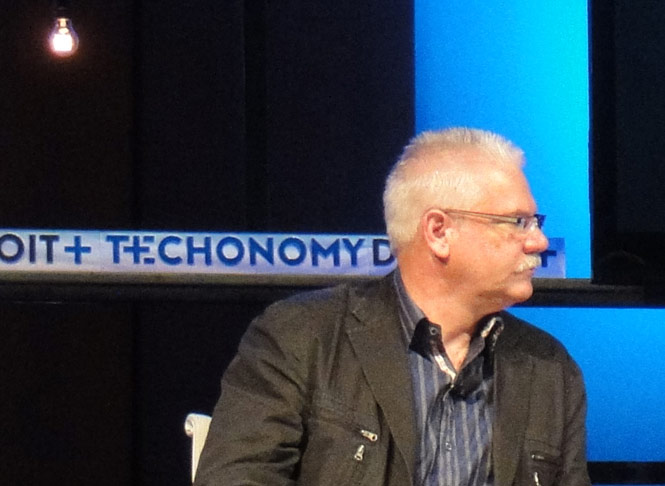 DETROIT — The past decade has seen a 93% drop in IPOs for sub-$50 million companies, Mark Hatch, CEO of do-it-yourself workshop TechShop, said today.

Speaking at a Techonomy Detroit session on the DIY economy and crowdfunding, he attributed that squarely to bureaucracy and legislation such as Sarbanes Oxley, the law that tightened rules and added regulation for public companies in 2002, after Enron, Tyco, and other high-profile financial scandals burned investors and reduced faith in stock exchanges.

“We live in a completely different space than we did 10 years ago,” said Hatch, citing the explosion of innovation as tools, design, and even fundraising is being democratized.

The problem, in Hatch’s view, is that “small” exits via initial public offerings have almost disappeared, due to the extra regulation. Which means that companies have to either get huge, get acquired, or stay at mom-and-pop scale.

De-regulating investing is a big priority for government — Congress and President Obama have recently tried to make it easier for companies to get funding by passing the JOBS Act.

Some think, however, that the U.S. Securities and Exchange Commission is trying to obstruct the act by continuing to make it as difficult as possible for crowdfunding. Hatch is definitely in that camp, having recently posted that the SEC is not following the spirit of the act:

” … the SEC is threatening to derail this legislation by implementing unnecessary and bureaucratic rules that would greatly diminish the impact of this new employment-boosting law.”

More changes may be coming.

While chatting with Steve Case, founder of AOL and current chairman of the Startup America Partnership yesterday, I learned that more changes based on the JOBS Act are coming soon.

And Case, at least, is a little more positive, saying still-existing barriers such as investor certification are going to be eased.