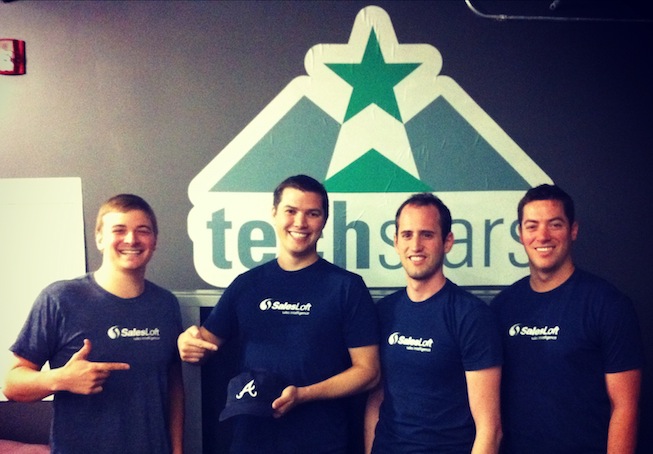 Today was graduation time for TechStars’ latest class of startups in Boulder, Colo. The 11 startups pitched a roomful of investors at the Colorado Theater, including Morris Wheeler, founder and CEO of Drummond Road Capital, and Ben Siscovick, Partner at IA Ventures.

Already, investors have committed to put funds into a higher percentage of this group of startups than into any previous TechStars class. “I’ve already made soft commitments to two groups, and I’m hoping to come to an agreement with a couple more,” said Wheeler. 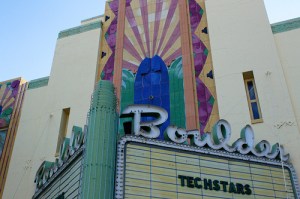 If you’re not familiar with TechStars, it’s an accelerator founded in 2006 in Boulder, with programs in Boston, New York City, and Seattle.

TechStars invests $18,000 of seed funding and provides a $100,000 convertible debt note for every startup. The calibre is typically high: 13 of the 126 companies debuted at TechStars have already been acquired.

Ubooly is a stuffed animal for kids. It’s an educational toy powered by a smartphone that takes kids on adventures, teaches them foreign language, and more. Ubooly is voice activated so kids can talk to their stuffed toy and make decisions.

The DealAngel site shows what the true price of a hotel room anywhere in the world should be on any day of the year. It is not influenced by any hotel chain like many hotel deal sites are but rather takes into account historical rates and data to show travelers if a hotel is a good deal or a total ripoff.

Verbaliziet offers travelers and businesses access to a human translator anywhere in the world. It’s available in five languages and costs $5 for 5 minutes for a traveler to call, tell the translator what they need in a taxi, a pharmacy, a restaurant, or anywhere else.

PivotDesk is launching in Denver and Boulder to help increase entrepreneurial density by giving businesses a way to rent out their extra office space. It’s co-working on steroids. Entrepreneurs and founders can avoid long-term office leases for a small amount of space.

Roximity allows merchants to send targeted messages to consumers as they drive by. For instance, consumers can alert the system using a hands free, voice command that they are hungry for lunch, and it will locate lunch deals nearby. Read here about Roximity’s recent partnership with Ford.

27Perry is a site for clothing and furniture consignment stores to go online in a highly curated way. It works with independent thrift stores across the country to feature the best items on sale. The company is raising a seed round of $350K.

Rollsale is an online marketplace that aims to take the wheeling and dealing out of selling a used car. There are approximately 250 million used cars in the United States.

Salesloft is an enterprise application that works in Salesforce and other CRM tools to help sales professionals engage with their clients. By pulling social data (like LinkedIn updates and tweets) and bio information right into a CRM tool, SalesLoft brings new touch points to sales folks.

MobiPlug lets homeowners manage their devices right from their smartphone with a single application that talks to various protocols and off-the-shelf devices. There’s no contract unlike Xfinity, ADT, and other competitors.

Digital Ocean claims to be the world’s simplest cloud hosting service with unlimited bandwidth. Aimed at individuals and startup companies, it lets anyone deploy a virtual server in less than a minute. Digital Ocean already has 500 active customers and 10,000 virtual servers (5,000 were added in the past 30 days).

Birdbox offers a way to sort and manage photos and media posted on various networks. In addition to keeping tack of the time, location, and date a photo or video was shot, Birdbox maintains the social context of the photo and video, including comments, retweets, tags, and more.

Any favorites? We will keep you posted on the funding amounts each of these startups raises.