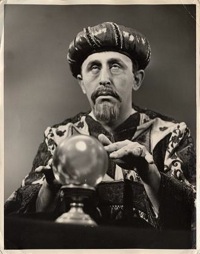 Everyone’s predicting doom and gloom for the tech industry next year, and hey, who are we to argue? New Year’s Eve may be coming up, but when VentureBeat’s writers were feeling far from festive when we pooled our thoughts about the year ahead. The verdict: Dark clouds for startups, venture capitalists and the tech industry as a whole. Still, 2009 won’t be bad for everyone, so we tried to bring out some silver lining, too.

Note that each entry comes from one member of the team — some predictions were shouted down as completely nuts, but this list still represents individual thoughts from individual writers, not the consensus of some VentureBeat Hive Mind. So, we make no apologies for the fact that some predictions come pretty close to contradicting each other. Isn’t it more fun that way?

The tech IPO market will be dry for the whole year. Silicon Valley produced just one initial public offering in 2008 with the launch of a security systems firm called ArcSight. Compare that to 22 a year ago and an average of 28 per year since 1985, according to the San Jose Mercury News. It’s hard to fathom that next year could be worse, but it’s entirely possible given the state of the economy, the weakness of the investment banks, the malaise on Wall Street, and the pounding that is just beginning for a lot of the tech industry’s bigger companies. (Dean Takahashi)

Spending will boom on energy infrastructure. This may seem like an obvious pick, since president-elect Barack Obama has already promised as much as $800 billion of economic stimulus, including a large cut for infrastructure. That will include everything from highways and national broadband to sewers. But with the push for cleantech, energy will certainly play a major role. The question is where the money will go, and our bet is that flashy projects that employ large numbers of workers, like building wind farms or high-voltage interstate power lines, will take precedence over quieter but possibly more effective ideas, like education campaigns teaching homeowners how to consume less energy. (Chris Morrison) 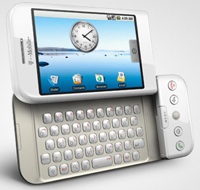 There will be more than 40 Android mobile devices next year, and the Android platform will be outselling the iPhone by July. I made a similar prediction to Russell Buckley earlier this month, and I haven’t seen anything to change my mind. Rumors are swirling about how many Android devices will appear next year. There’s even talk that Google has commitments for 50 devices already, which makes this prediction somewhat moderate. Android adoption has surged in the industry after the G1 launch; on Android mailing lists and forums, you can see that many notable companies have started Android development projects without publicizing them yet. Many mobile startups are depending on the mass adoption of smartphones, so it would be good news if this prediction comes true. (Matthaus Krzykowski)

Apple’s financial performance will continue to defy gravity as iPhone, MacBook and iPod sales stay strong. With the iPhone just now rolling out to Wal-Mart stores and new countries such as China likely for 2009, sales of Apple’s hottest device will keep their heat. Likewise, the iPod touch and iPod nano will continue to sell well while MacBooks will eat up notebook market-share (despite being higher priced than their PC counterparts). Apple’s actual adjusted net income grew an “astounding” 124.6 percent between the fourth quarter of 2007 and the same period in 2008, but that was underreported because of the subscription method of accounting used. (MG Siegler)

The cloud computing market will heat up, but Amazon will remain the king. Tech companies, especially smaller ones, will be taking a close look at cloud computing as a way to save money during the downturn. Big players like Microsoft, Google and Rackspace all announced their own platforms for cloud applications this year, and all of them will probably find some success in 2009 — but we haven’t seen major startups build their business on Google App Engine, and Microsoft’s Windows Azure remains a question mark. With its built-in lead, existing ecosystem, and plans for additional features, Amazon will end 2009 the way it began, as the leader of the pack. (Anthony Ha) 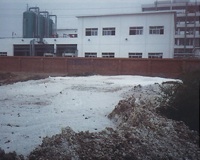 Cleantech scams will multiply. A job in cleantech is akin to working for UNICEF; reducing emissions or building solar panels is the next best thing to curing cancer or ending a war. Right? Well … maybe not. This year saw an unpleasant hint of scandals to come in cleantech, including complaints of corruption and intimidation about wind projects in upstate New York, solar manufacturing pollution in China, project application fraud in Spain, lawsuits between electric car companies, and a nationwide rash of solar panel thefts. As the pace picks up and cleantech becomes a booming industry, expect similar problems and others including dubious carbon credits and offsets, fake coal carbon capture-schemes, short-circuited electric car sales, and more. (Chris Morrison)

Twitter will roll out its business model — and if it doesn’t work, will sell. Look for the model to include corporate accounts to make money off of tweets for shilling purposes. If that business model succeeds, Twitter will keep growing and going along solo; if it doesn’t, look for one of the big players to step in and buy Twitter for something in the nine-figure range. Twitter chief executive Evan Williams will be busy tonight cooking up a “master plan” for 2009. (MG Siegler)

Microsoft will launch an iPhone competitor. The so-called Zune phone rumors have been making the rounds for a while. While other companies simply give up when they fail, Microsoft just launches a fully integrated product. Consider the Zune music player itself, born after Microsoft became frustrated with the whole group of PlaysForSure companies and their inability to knock the iPod out. Now that Apple’s mojo has shifted from iPod to iPhone, Microsoft will likely have to follow, even though that means releasing a phone that competes with the company’s Windows Mobile software customers. Once again, Microsoft is the underdog. There are enough tea leaves showing that a design is well under way. It’s just a question of whether Microsoft will pull the trigger. We think it has no choice. (Dean Takahashi)

iTunes will go completely DRM-free. It has been well-reported that Apple is in talks with the major music labels about having them all include their music without digital rights management (DRM) in the iTunes store. Currently, only EMI has done this, but some recent iTunes anomalies suggest things are about to change. Back in 2007, Apple chief executive Steve Jobs said that half of all music in iTunes would be DRM-free by the end of the year. We’re now entering 2009, and that still hasn’t happened. Don’t think Jobs doesn’t know that. (MG Siegler)

Venture capital funding will drop sharply. VCs already acknowledge that a decline is likely, according to a survey by the National Venture Capital Association; the only question is how much funding will fall, and who will get hit the hardest. It’s safe to say that if you’re an early-stage web company hoping to make money from advertising, things will be tough. Still, companies with strong products and strong business plans that don’t rely on big infusions of VC cash could find themselves positioned for real growth in 2010 and beyond. (Anthony Ha)