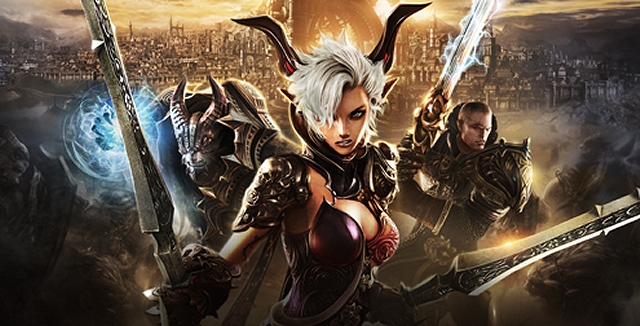 It almost seems like attending law school is becoming a prerequisite for surviving in the game industry. After Apple cracked down on alleged copycat games on the iTunes App Store (but let other fat cats get away with it), a new legal challenge is threatening the US release of the massively multiplayer online game TERA.

Depending on whether TERA turns out to be a big hit or not, tens of millions of dollars could be at stake in this case.

Website MMO Culture is reporting that NCsoft Corp. filed a trade secrets and unfair competition lawsuit against Bluehole Studio, a Korean online game developer. Bluehole was founded by former NCsoft employees who are now accused of making off with “copious amounts of confidential and proprietary NCsoft information, computer software, hardware and artwork relating to Lineage 3”, according to the lawsuit filed at U.S. District Court for the District of New York.

The complaint furthermore says: “Their [Bluehole’s] business plan was simple and audacious: create a competing product using the very work they had done while at NCsoft, launch it themselves to great fanfare and acclaim, and, in the process, deal a crippling blow to their former employer”. NCsoft is also pressing criminal and  civil cases in its home market where appeals are pending at Korea’s highest court.

NCsoft will have to provide solid proof that TERA was actually created “using the very work” Bluehole’s founders had done while still working on Lineage 3. Not that there’s anything wrong with competing with former employers, “crippling blows” or not.

TERA is a fantasy massively multiplayer online role playing game (MMORPG) scheduled to launch in North America on May 1st, 2012. It will compete with big titles like World of Warcraft and Star Wars: The Old Republic for a slice of the subscription fee MMO market. TERA has been in development since 2007 and is based on the Unreal Engine 3 technology. The game has been getting attention thanks to its action combat controls and striking visuals (scantily clad armor models and all).

At this is time it is unclear whether North American publisher En Masse Entertainment will go ahead with TERA’s May 1 launch as planned. A post on the official forum states: “It’s our policy not to comment on legal matters.” Bluehole was able to launch TERA in Korea one year ago, despite the unresolved legal situation in that territory.