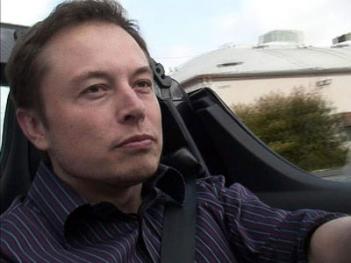 Last week, VentureBeat reported that Tesla Motors CEO Elon Musk personally running low on cash, a fact he disclosed in court papers as part of his divorce proceedings. We asked if the company, which is seeking to go public, should have included those facts in its filings with the Securities & Exchange Commission. Now, the company has responded, by way of a revised S-1 form filed today.

“While Mr. Musk has historically provided a significant amount of the funds required for our operations, we have not received any funding from Mr. Musk in the past 12 months and are no longer dependent on the financial resources of Mr. Musk to fund our expected growth given the funds available under DOE Loan Facility [the $465 million in low-interest loan provided via the Advanced Technology Vehicle Manufacturing program] and the expected proceeds of this offering and the concurrent private placement with Toyota. We do not believe that Mr. Musk’s personal financial situation has any impact on us.”

In that same section, the S-1 delves into Musk’s divorce proceedings, which, as we have previously reported, could potentially reduce his holdings in Tesla as well as his other ventures, SpaceX and SolarCity:

“Mr. Musk is currently engaged in divorce proceedings and previously entered into a post-nuptial agreement which provides that the holdings of the trust, including Mr. Musk’s shares of our capital stock, shall remain solely his property. This post-nuptial agreement has been upheld by the Superior Court of Los Angeles though such decision may be subject to an appeal. However, we do not believe that Mr. Musk would have to liquidate a significant percentage of his holdings in order to satisfy any settlement reached in connection with such proceedings.”

The company’s “we do not believe” statement might not be a strong enough assurance for shareholders. Right now, Tesla’s success appears to hinge on the $465 million loan it received from the U.S Department of Energy. Drawing down that loan is how the company plans to buy the NUMMI automotive plant in Fremont, Calif., needed to manufacture both its Model S sedan and future vehicles it may build in tandem with Toyota, one of the plant’s current owners. But this loan is dependent on Musk being able to retain at least 65 percent of his current stake in Tesla. If he doesn’t, the company defaults on the loan.

“If the DOE loan is dependent on Musk retaining a certain percentage of Tesla, there is no guarantee that this won’t happen due to the divorce settlement,” says Dallas Kachan, managing partner of cleantech consultancy Kachan & Co. “Investors should bear that in mind.”

This is the type of information that could impact potential shareholders’ decisionmaking, Kachan says. And this type of personal disclosure isn’t all that uncommon in SEC filings, when potentially relevant to shareholders.

What may concern shareholders more than whether Musk can continue to personally keep Tesla afloat is that he is currently actively running two companies, Tesla and SpaceX, while also remaining involved in SolarCity, dealing with a personal cash crunch and navigating a rocky divorce. That’s a lot to be juggling at any one time.

Incidentally, the S-1 notes that under Tesla’s agreement with Daimler, a major Tesla investor and partner, if Musk decides to step down from his post at Tesla — an event that seems unlikely for now, then Daimler will have veto power over the company’s selection of a successor as Tesla CEO.

Tesla Motors couldn’t comment directly on its decisions to update its filings, due to SEC rules for companies planning an initial public offering. In the meantime, however, it’s to the company’s credit that it decided to clarify all of these issues in writing.