At long last, here’s our first look at the Tesla Model 3, the company’s debut mass-market electric car, starting at $35,000 and (perhaps) launching next year.

Telsa CEO Elon Musk unveiled the vehicle to the press and relentless devotees during an event at the company’s design studio in Hawthorne, California this evening.

Speaking on stage, Musk boasted about the Model 3’s safety features, claiming the car will be rated “five-stars in every category.”

The base model of the car will start at $35,000, Musk reaffirmed, with a 215-mile range, auto-pilot capabilities, a uniquely massive rear window (to make the car feel more spacious), supercharger access, as well as the ability to go from zero to 60 miles per hour “in less than six seconds.” Musk told fans yesterday that today’s event is merely part one of two. We’ll learn more about the car as it nears production, Musk said, likely sometime in the distant year of 2017.

Until then, savor every screenshot you can. 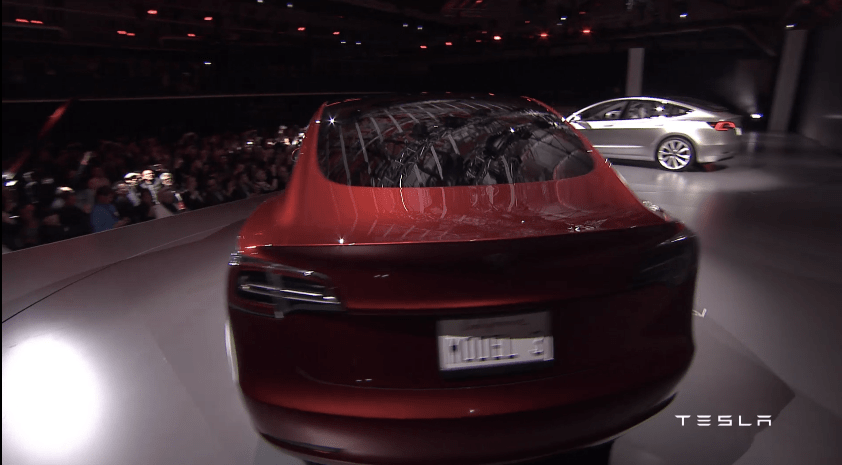 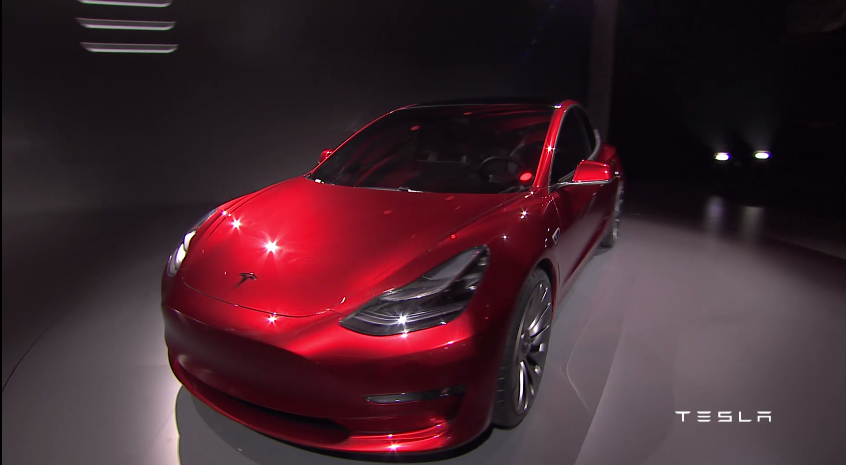 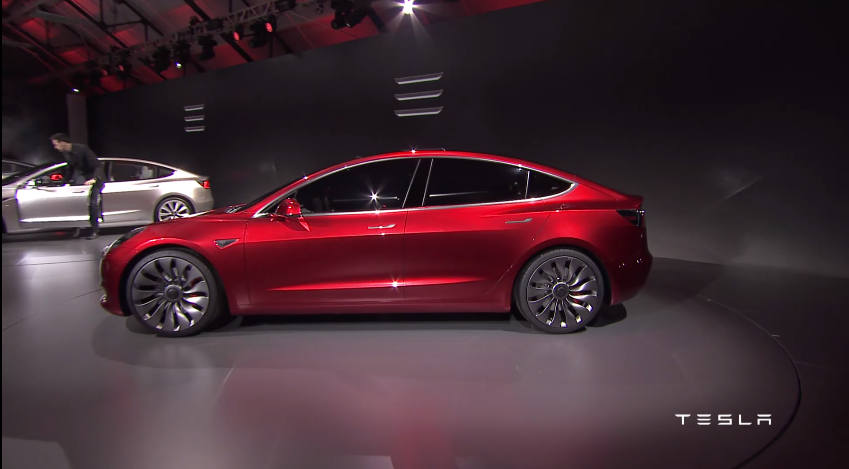 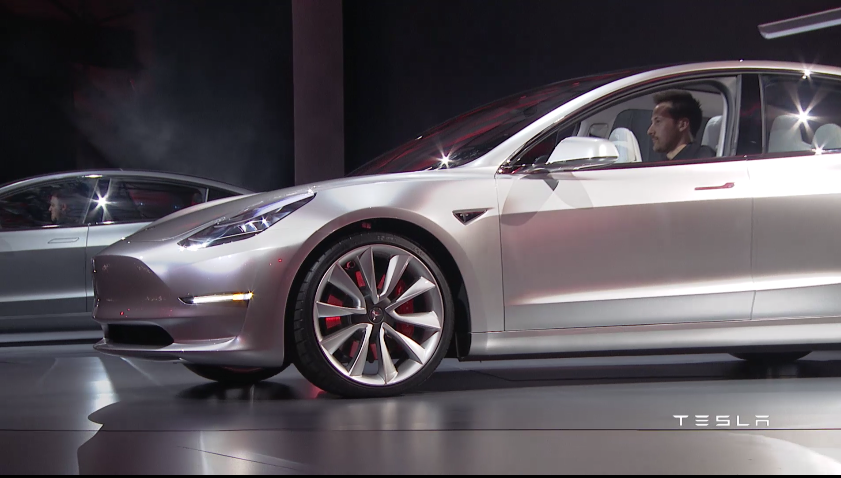 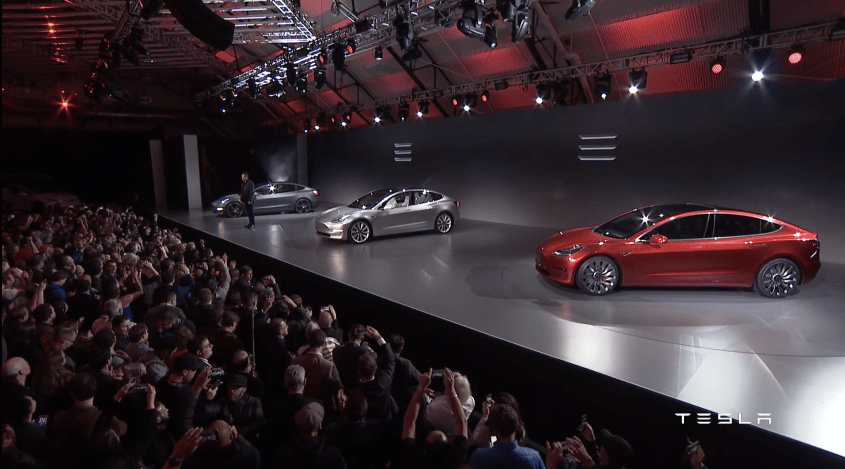