Tesla announced today — a day with very little real news and a lot of “brand humor” — that it has created the Model W, a new smartwatch to compete head-on with the forthcoming and insanely hyped Apple Watch.

From the official Tesla press release:

PALO ALTO, Calif., April 1, 2015 – Tesla today announced a whole new product line called the Model W. As many in the media predicted, it’s a watch. That’s what the “W” stands for.

This incredible new device from Tesla doesn’t just tell the time, it also tells the date. What’s more, it is infinitely adjustable, able to tell the time no matter where you are on Earth. Japan, Timbuktu, California, anywhere! This will change your life. Reality as you know it will never be the same.

(Tesla is having some fun here with the kind of reverential talk that often issues from Jony Ive’s mouth. Well played, Tesla.) 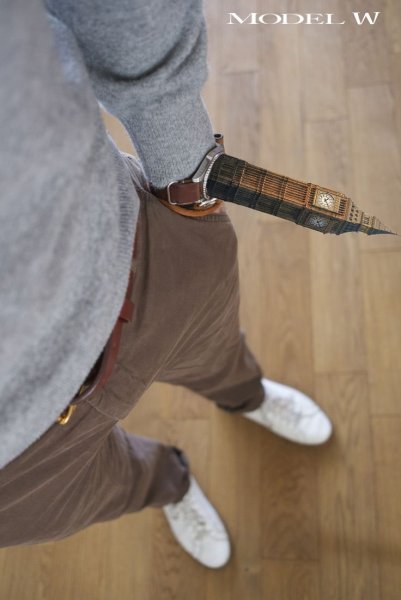 Below the picture of the new Model W, Tesla inserts: “Warning, current version requires wrist strength of an orangutan.”

The joke works because of Apple’s rumored movement on Tesla’s turf with a new Apple Car. That hasn’t been confirmed, however.